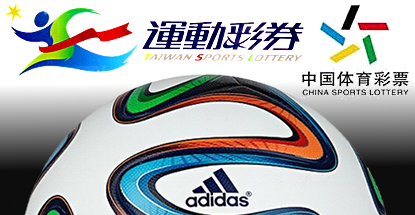 Without a doubt, Asian bookmakers – be they official state-sanctioned operations or private outfits – likely wish that there weren’t four long years wait in between FIFA World Cup events. As of Friday, China’s official Sports Lottery says the 2014 tournament has generated sales of over RMB 12b (US $1.93b), more than five times the total RMB 2.3b generated by the 2010 World Cup.

The single biggest day for China’s sports lottery bettors came on July 5, when the France v. Germany world war reenactment society attracted RMB 644m ($104m) in wagers, although this is expected to be eclipsed as bettors lay their money down on Sunday’s final between Argentina and Germany.

The sports lottery boom hasn’t stopped Chinese punters from seeking out other options. On Saturday, the Ministry of Public Security announced it had broken up a ring linked to an unidentified Philippines-based online betting site. On July 4, police in eight Chinese provinces launched coordinated raids that resulted in 17 arrests and the confiscation of RMB 30m ($4.8m) in cash. The ring is believed to have earned RMB 200m from commissions and “super membership” fees before police closed them down.

In Hong Kong, the month-long Operation ‘Crowbeak’ has resulted in the arrest of 140 suspected bookies and confiscation of HKD 1.8m ($232k) in cash. Police also seized betting records totaling HKD 350m ($45.1m), over six times the amount netted in anti-betting actions during the first four months of 2014 and 55% more than the total sum recorded in all of 2013. Police said most of the action was being wagered with international online betting sites.

As of Thursday, the Taiwan Sports Lottery had generated sales of NT1.8b (US $60m) on World Cup wagers. The company now expects total World Cup sales to top NT2.2b ($72.7M), higher than earlier predictions of NT1.3b and around 2.7 times the total sales generated by the 2010 footie fest. The biggest single payday to date was the July 10 Netherlands v. Argentina match, which generated sales of NT170m ($5.6m).