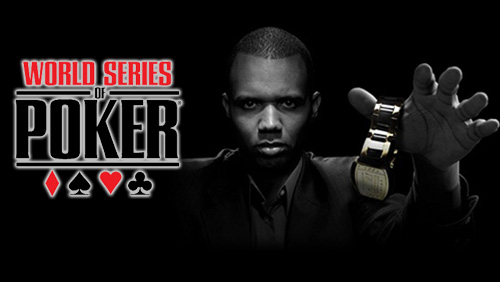 Poker pro Phil Ivey joined an elite club of late last week with his victory in the 2014 WSOP $1,500 Eight-Game Mix tournament. The victory was the 10th of his WSOP career, and it won him untold millions of dollars in side bets with fellow poker pros. He surpasses the legendary Johnny Moss, who won nine gold bracelets in his day, and joins Phil Hellmuth, Johnny Chan, and Doyle Brunson as the only players to reach double-digit win totals in the WSOP’s first 45 years.

– The span of 14 years from Ivey’s bracelet to his latest is also the fastest of any of the four players, ahead of the 17-year span between Phil Hellmuth’s wins in the 1989 WSOP Main Event and the 2006 $1,000 No-Limit Hold’em with Rebuys. Chan took 20 years from first bracelet to latest, while the wait was 29 years for Brunson.

– The span was of 14 years from first WSOP cash to 10th bracelet for Ivey is also a new record, surpassing the old marks of 18 years for Hellmuth, 22 years for Chan, and 33 years for Brunson.

What’s most impressive about Ivey’s WSOP record-setting success is that it comes on top of what was already one of the most impressive career tournament resumes of anyone who’s ever played the game:

– He won three bracelets in 2002, making him one of just four players ever to reach that level of success in a single WSOP – and in a year where there were just 32 open events, too.

– His first seven bracelets came in the 2000s, a mark matched in a single decade only by Johnny Moss’ seven wins in the 1970s. (Stu Ungar’s five in the 1980s is the next best total after Ivey and Moss.)

– Five of his 10 bracelets have come in mixed games, the most by any player in WSOP history.

– Of his $6.14 million in total career WSOP earnings, $4.3 million has come outside of the Main Event. Most of the 25 other players who have earned between $5 million and $10 million all-time at the WSOP have seen the vast majority of their lifetime earnings come from a single final-table finish in the Main Event in the last decade.

The next test for Ivey is to move into sole possession of second place behind Hellmuth on the all-time list by winning an 11th gold bracelet. Hellmuth won his record-setting bracelet at age 43, just one year after tying Brunson and Chan, before going into a four-year drought that ended with his first-ever non-hold’em bracelet in the 2012 $2,500 Razz tournament. Ivey has just a few chances left to top that mark with a bracelet in Vegas this year, but in October he’ll have a shot at picking up #11 when WSOP Asia-Pacific in Australia is the site of 10 events. And if he doesn’t win one there, like he did last year, Ivey will have another 75 chances or so each year to add to his burgeoning bracelet collection.

Beyond that there are three more accomplishments, two large and one small, which would complete his resume. The small one would be to win a hold’em event, something that all three of the other 10-time winners have done at least four times each. Four of Ivey’s mixed-game bracelets have included hold’em in the game rotation, but he only has four final-table finishes in hold’em-only tournaments: second in the $10,000 Pot-Limit Hold’em (2012), fifth place in the $2,000 No-Limit Hold’em (2000), eighth in the $5,000 No-Limit Hold’em Shootout (2009), and seventh out of 6,494 players in the Main Event (2009).

That last finish makes clear the first big accomplishment missing from Ivey’s resume as a member of the 10-bracelet club: all of the others have reigned as poker’s world champion at least once. To be fair, none of them have done it since 1989, when Phil Hellmuth bested a then-record field of 178 players. And Ivey has made waves in the tournament not just with that final-table finish in 2009 but also with deep runs that saw him finish 10th of 873 players (2003), 20th of 5,619 players (2005), and 23rd of 631 players (2002). And Ivey’s knockout on the final table bubble in 2003 came at the hands of eventual champion (and 5-to-1 underdog with one card remaining) Chris Moneymaker, in what remains one of the most memorable TV hands in Main Event history:

Nobody will ever say fairly that Phil Ivey isn’t the greatest player of his generation, or that his four deep runs in some of the largest Main Event fields of all time weren’t impressive, or that getting his stack in the middle as a big favorite on the final table bubble of the world championship only to lose to an amateur who kicked off the poker boom with his win was anything other than a cruel river. But they can fairly categorize him as the first player to win 10 bracelets without conquering the Main Event.

The other accomplishment would be to surpass Phil Hellmuth on the all-time bracelet list. That’s going to be a tough call with Hellmuth putting in volume and playing his best poker as he approaches age 50. But Ivey is up for it. “Sure, I think I can catch him,” Ivey told the WSOP after winning #10. “It’s possible. We just have to see how it goes. I just have to keep in playing at this pace. I got to keep playing a lot of them because he [Hellmuth] plays a lot of them, so it’s a lot of work.”

Whatever he ends up accomplishing going forward, the trajectory of Ivey’s own career compared to the other 10-time winners in WSOP history shows that the chances are good that all the records he sets will be broken even more quickly than he broke the marks set before him. Someone else will be the new hot hand someday in the future, and that person’s mark of accomplishment will be surpassing the legendary Phil Ivey. How lucky for us that we get to watch his story unfolds in real time instead of reading about in the past tense.