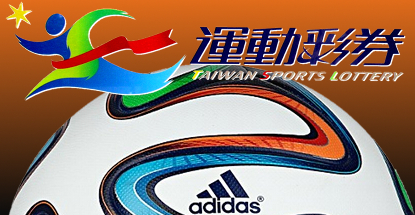 China’s sports lottery has experienced a serious boom ever since the 2014 FIFA World Cup kicked off last month and the sports lottery in China’s renegade province is reporting similar gains. The Taiwan Sports Lottery Co. (TSL) originally projected that it could earn an extra NT$1.3b ($43.4m) thanks to the World Cup betting bonanza but TSL president Ted Lin now says that windfall will likely top NT$1.8b ($60.1m).

Lin says each World Cup match to date was averaging NT$55m ($1.8m) in sales, which he expects to ramp up to NT$90m ($3m) as we count down to the final match. In the first six months of 2014, the TSL has reported sales of NT$10.27b ($343m), a 38% increase on the average of the same period over the past five years. In addition to the World Cup excitement, the TSL has benefited from increased range of betting options, including live betting.

Hong Kong Jockey Club (HKJC) director of trading Patrick Jay said last month that wagering with anyone other than the city-state’s monopoly provider was “a blood crime.” It turns out that over one-third of the HKJC’s online customers are criminals, in that they’re not old enough to legally gamble. A poll conducted by Shue Yan University and a couple local Christian organizations found that one-third of the 5,676 individuals queried had gambled with the HKJC despite the fact that 36% of them were under 18 years old. Around 24% of underage respondents had asked a parent or older friend to place wagers on their behalf, while 15% claimed they’d taken up betting as a direct result of their parents’ own wagering activities. Father bets best?

Shifting to actual criminality, police in China’s Guizhou province have arrested 20 individuals suspected of operating an illegal football betting ring that handled over RMB 80m ($12.9m) in football wagers. Police seized 20 computers, 14 vehicles and RMB 2.9m ($467k) in cash from bank accounts used to process wagers with international online gambling sites on behalf of punters. In no way intending to prejudice the suspects’ trials, police referred to some of the suspects as ‘ex-convicts and drug addicts.’ And, presumably, doting parents.