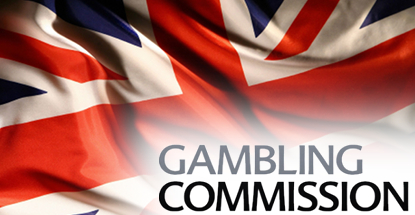 Online gambling operators holding a UK license reported revenue of £1.06b in the 12 months ending September 2013, up 16% year-on-year. Figures released Friday by the UK Gambling Commission showed online sports betting revenue improved 17% to £879m, while turnover rose 15% to £22.4b, representing all but £1b of total online turnover.

Online pool betting added revenue of £108m and the casino vertical chipped in a mere £30m. All verticals were either up or flat, except bingo, which fell 20% to £2m. The number of online gambling accounts and active accounts both nudged upward while new player registrations hit 5.2m, the highest level in five years.

Bearing in mind, these sums reflect only about 15% of the actual UK online market, as they don’t include UK punters wagering with sites like William Hill, Ladbrokes and countless other operators licensed in jurisdictions such as Gibraltar or the Isle of Man. That all changes October 1, when the UK’s new gambling laws take effect – or not – and all UK-facing operators are required to hold a UK-issued license.

The Commission has advised operators to submit their UK license applications by midnight on September 16, after which a two-week dead period commences and then it’s showtime. Two months after that, the UK’s 15% point-of-consumption tax (POCT) kicks in and Christmas gets cancelled at most UK-listed company exec’s homes.

OFFLINE BETS AND BACCARAT
The Commission’s figures show the UK’s total gambling market (excluding the National Lottery) was worth £6.7b, up $250m from the previous year. Nearly half (£3.2b) of the total came via retail betting operations, which were essentially flat year-on-year. Off-course horse betting revenue rose just 2% to £690m while football betting revenue was up nearly a quarter to £293m.

Revenue from betting shops’ notorious fixed-odds betting terminals (FOBT) was up a mere 0.3% to £1.55b. The FOBT in betting shops accounted for 67% of all UK machine gaming. The number of betting shops decreased by 45 to 9,021 while the number of people employed across the industry fell 3% to just over 104k.

Land-based casino revenue rose over 12% to £1.08b, representing 16% of the total gambling pie. Punto banco baccarat accounted for nearly one-fifth (£201m) of total casino revenue, nearly double what the game brought in the previous year, reflecting its popularity with both Asian gambling whales and Asian friends of Phil Ivey. Blackjack tied baccarat for second while roulette remained the top table game with £344m. However, blackjack and roulette were available at a combined 1,496 tables while only 150 tables were devoted to baccarat.

The Commission received 135 reports of suspicious betting activity between October 1, 2012 and March 31, 2014. Nearly 60% of these reports came from bookmakers, with the rest coming from sports governing bodies, police, media and the public. Of the bookies’ reports, 37 were submitted by UK-licensed operators while 43 came from jurisdictions that cooperate with the Commission on sports integrity issues.