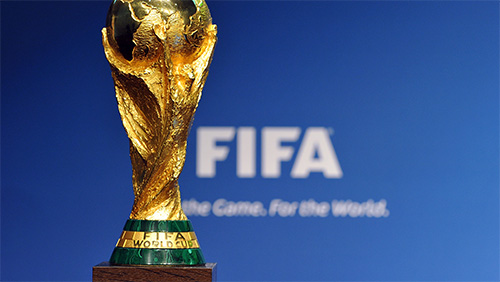 Just because we’ve concluded our prop betting series for the World Cup, it doesn’t mean we’re dropping the topic altogether. We’re back for one last time to start the tournament.

We’re giving all of you a slew of pertinent betting information to make your World Cup-title choice a little more information-based. Don’t consider this as a comprehensive betting guide to the World Cup but more of a public service to steer you in the right path to making a smarter pick on who the champion is going to be.

A little trivia—did you know that only eight countries have ever won the World Cup?

Brazil leads the way with 5 titles, followed by Italy (4), Germany (3), Argentina (2), Uruguay (2), France (1), England (1), and Spain (1). It’s an exclusive list that doesn’t even include Portugal, the Netherlands, Russia and Belgium. Is this the year that the ninth country makes the exclusive club? Well, odds of that happening aren’t looking too good considering that the four teams with the shortest odds—Brazil, Germany, Argentina and Spain—all have World Cup titles under their belt. If a first-time champion does emerge, the likely team to breakthrough is Belgium at 20/1 odds.

Those odds are even more concerning when you take into account the trend in the past seven World Cups. Six of the seven winners were rated 7/1 or lower by sportsbooks. The only exception was Italy in 2006 and they weren’t that far off at 17/2 odds. So with the 2014 World Cup having only four teams priced at lower than 7/1 odds—raise your hands again, Brazil, Germany, Argentina, and Spain!—there’s a real chance that this is your final four teams.

This year, the tournament is being held in Brazil, taking the list of final four teams into account, that leaves us with Brazil and Argentina, which if you didn’t know are the two favored teams heading into the tournament.

Here are your choices: Brazil at 3/1 and Argentina is close behind at 4/1. The groupings have even been made in such a way that if Brazil and Argentina finish at the top of their groups, they can only face each other in the finals.

Is it Brazil or Argentina?