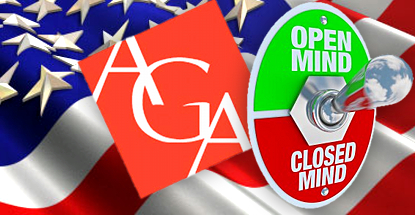 Gosh darn it all if Americans don’t love themselves some casinos. A new survey by the American Gaming Association (AGA) found that 87% of voters viewed casinos as just another business, leading the AGA to suggest that casinos should not be treated differently than any other business, particularly in the realm of taxation. The telephone survey involved 1k registered voters who were queried this May by the bipartisan team of Public Opinion Strategies and the Mellman Group,

The AGA claims the survey shows public support for casino gaming at “an all-time high” of 57%, while 87% believe gambling is an “acceptable activity.” Just 11% deemed gambling unacceptable for anyone, a figure that clashes with the Pew Research Center’s most recent Global Views on Morality survey, which found over twice as many (24%) Yanks viewed gambling as unacceptable behavior.

In terms of value for money spent, 30% of casino visitors described it as good, with 15% opting for very good and 6% calling it excellent. Some 16% deemed it ‘not so good’ while 21% called it downright poor. Those who went to casinos primarily for gambling were about on par with those who went primarily to enjoy non-gambling options.

Of those who went to wager, slots were by far the most popular form, with 48% listing it as their favorite casino gambling activity. Blackjack was well off the pace at 16%, followed by poker (6%), roulette (5%) and craps (4%). Nearly three-quarters (73%) of casino visitors set a budget when they gambled and 54% set that budget at under $100 per visit.

On a socio-economic basis, 62% of casino visitors were homeowners and 46% were college graduates, 16 points higher than the national rate of Americans holding bachelor degrees. More than half (56%) are between 21 and 49 years old, while 35% regularly attend religious services. As for political stripes, 39% of casino visitors were Democrats, outpacing both independents (32%) and Republicans (29%).

The release of the survey results marks the first salvo in the AGA’s ‘Get To Know Gaming’ campaign, an “aggressive effort” to trumpet the gaming industry’s positive aspects, poke holes in tired stereotypes and “pave the way for gaming’s next generation” – provided, of course, that the next generation doesn’t include online gambling, a subject the AGA now regards as akin to mentioning the war in front of Fawlty Towers‘ German guests. The survey was conducted the same week that the AGA abandoned its previous pro-online stance, which no doubt affected the utter disinterest in learning Americans’ thoughts on the subject.

Then again, the lone question that addressed online gambling likely warmed Sheldon Adelson‘s heart. Asked whether they’d gambled online over the past year, a whopping 96% answered in the negative, with the remaining 4% evenly split between gambling as little as once or over a dozen times during the last 12 months. The number of Yanks who hadn’t played a single hand of poker either online or in person was lower (84%), but the AGA didn’t break out specifics re purely online play.