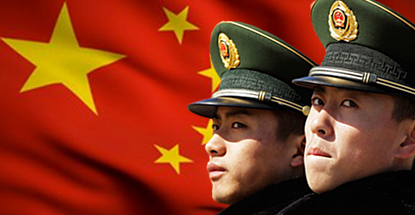 China is investigating eight police officers over their possible involvement in a gambling den at which 15 people were killed in January. The illegal gambling den, located in a tent on a hillside outside Laoshan township in Guizhou province, was rocked by an explosion that authorities later confirmed was a deliberately planted bomb. The bomb was reportedly set by local residents who were frustrated at the police’s apparent disinterest in cracking down on the illegal gambling going on.

On Monday, China’s Supreme People’s Procuratorate (SPP), the country’s highest prosecution and investigation agency, announced that eight police officers had been placed under “coercive measures.” The SPP declined further specifics, but such measures include arrest and residential surveillance. Xinhua reported that the eight officers are suspected of turning a blind eye to the operations of the gambling den and protecting its organizers. If the SPP’s suspicions are confirmed, the police could be found indirectly liable for the bombing deaths.

The reluctance of China and many other Asian nations to legalize gambling within their borders provides the perfect fodder for police and illegal gambling operators to unite in a common cause. Just this weekend, four senior police officials in Thailand were reassigned to other duties after being suspected of protecting a large casino operating out of a hotel in the northern part of the country.

On Monday, Thai police announced the launch of their World Cup 2014 Gambling Prevention and Suppression Center, which is intended to at least attempt to keep football wagering down to a dull roar over the next month or so. But Thai officials also felt the need to warn police officers that any of them found to be turning a blind eye to illegal betting operations would be severely punished. Police were also warned not to get caught wagering on the World Cup themselves. Presumably, police caught wagering with bookies they also happen to be protecting will be shot at dawn.