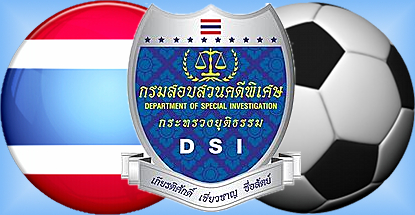 Six Australians and a New Zealander were arrested in Thailand earlier this month for running an illegal betting operation out of a bar in Pattaya. Thai police sent an undercover agent to the bar, where the agent was able to place wagers on Aussie horse races. The ex-pats used odds gleaned from online broadcasts and collected a commission on each wager. The bar’s Thai owner reportedly evaded arrest. Online gambling is illegal in Thailand and land-based racing bets are only accepted on domestic races.

Thailand was recently thrown into political turmoil after the military staged the country’s latest coup, but that doesn’t mean Thai authorities are too distracted to stop enforcing gambling laws. With the kickoff of the 2014 FIFA World Cup now just weeks away, the military’s deputy spokesman went on national television on Tuesday to publicly instruct the army and police to be on the lookout for illegal betting operators. Authorities have been told to submit daily reports to the National Council for Peace and Order and were warned that failure to act with sufficient zeal would result in disciplinary action and/or criminal punishment.

Yet a decidedly more tolerant tone was struck by Police Col. Niwate Arpawsin, a superintendent at the High-Tech Crime Unit. Niwate told the Bangkok Post that the country was “stuck in the mindset that gambling is a vice under Buddhism” and maybe it was time to “look around and accept that the world has changed.”

The 2007 Computer Crime Act allows the authorities to get court orders to block websites that act contrary to the “good morals of the people.” But Niwate said blacklisting online gambling sites wasn’t his unit’s top priority because the amount of filtering necessary to block all gambling sites would make accessing the internet “painfully slow.” True Money, the country’s largest online payment processor, also told the Post that staunching the flow of online gambling transactions was low on their priority list.

Thailand’s 1935 Gambling Act bans all forms of gambling bar horseracing and the lottery. But a 2013 survey by the Center for Gambling Studies found that 57% of its 5k participants admitted to being gamblers. Just under 10% admitted to wagering on football with average annual bets totaling 260k baht (US $8k).

The Post fingered SBObet as the website of choice for the discerning Thai sports bettor. Visanu Vongsinsirkul, a lecturer at Dhurakij Pundit’s Faculty of Economics said Thailand had four major agents for online betting websites, going as far as to identify a Malaysian restaurateur as the sites’ top man on the ground. There were around 10 second-tier agents, each of which handled wagers worth 80m baht ($2.4m) per month. Estimates are that 80% of all sports betting wagers in Thailand are conducted through agents, with the rest being placed via small-scale gambling dens.