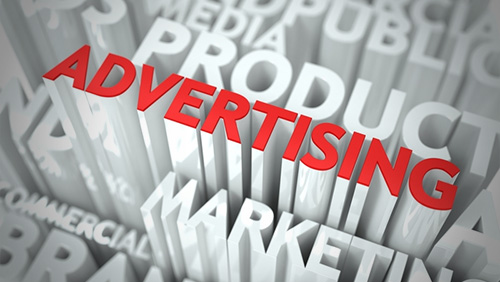 Advertising has always been a bit different in the online gambling industry. It’s shouty; it’s in your face; and it often pushes the boundaries of what we consider socially and ethically acceptable.

From the likes of Golden Palace buying William Shatner’s kidney stone to a more recent example in the form of Paddy Power’s Oscar Pistorius ad; there’s no shortage of examples where gambling operators have courted attention regardless of how negative it might be. At its simplest level, these actions were likely driven by a desire to be seen as edgy and risk taking brands in the hope of attracting customers with the same traits.

The UK’s Advertising Standards Authority (ASA) must spend a significant proportion of its time ruling on gambling ads for various reasons. Paddy Power’s Pistorius ad is even said to be the most complained about advert of all time with more than five thousand complaints—an accolade that’s either impressive or worrying depending on your viewpoint.

It’s a topic that has rarely been away from iGaming industry’s discussions, but given the regulatory developments, particularly in the UK, it seems to be more relevant than ever. Last week on eGaming Review, they ran a poll asking, “Should the eGaming sector advertise more responsibly?” The mere fact that the question was asked showing that it’s an important issue at the moment.

Given the forthcoming licensing regime that’s set to take effect in the UK, licensed companies are going to be under much scrutiny and will have to ensure that their marketing activities are whiter than white.

While content remains the main focus for those hoping to stay on the safe side of the line, placement of ads is becoming an increasingly important factor—particularly in the online space.

It’s no secret that for a long time, gambling operators have advertised heavily on or around ethically and morally questionable sites—at times even illegal ones. While these ads are likely to have been placed there by traffic networks rather than the brands themselves, there’s certainly a weight behind the argument that suggests that they should ensure that this doesn’t happen any longer.

For brands whose main market is the UK, and that counts for quite a few, their UK license will be crucial to their business. Doing anything to endanger it will be a risky move; and certainly, not one public companies will want to be taking.

Anyone who thinks that this might not be a big issue should consider bwin.party’s involvement with MegaUpload.com. The indictment of the latter even named PartyGaming and the amount that was paid to the site for advertising—the only advertiser that was mentioned by name.

Not that it was needed, but further evidence of the need to be whiter than white emerged last week, courtesy of the New Jersey DGE. The DGE’s cease and desist letters to affiliates warned them of the risks of promoting or displaying the brands of unregulated sites in the state.

Clearly, the importance of the placement of online ads can land these brands in hot water, and the truth is that the brands themselves don’t always know where their creative are being displayed. In order to gauge the severity of the situation, the staffs at BrandGateKeeper.com have been using their software to seek out examples where brands are appearing on websites that may carry regulatory risks or reputational issues.

The most common examples of these types of sites are adult and torrent sites. These have featured prominently in the placement of online gaming brands. BrandGateKeeper.com found that almost all of the major UK operators featured on torrent sites, which are often illegal, as was found to be the case with Mega Upload.

Given that these ads continue to be placed on these sites, it’s clearly a tactic that has had some success for ad networks and brands alike. However some of the logic is questionable. It’s a fair assumption to say that the main demographic of torrent sites and adult sites is male, yet several bingo sites, for which the vast majority of users are female, have ads on or around these sites.

If return on investment (ROI) is anything less than outstanding, it becomes increasingly hard to understand why any operator would want their brand being displayed on these sites. James Barnes of BrandGateKeeper.com, a former legal counsel at bwin.party, explained just how much of a risk operators are taking with this tactic.

“Regulators and copyright owners, not just in the UK but around the world, are starting to take a very dim view of companies who advertise on sites that allow pirated content to be shared and downloaded.”

“Operators, generally, only find out there is a problem when a complaint comes in to them often via the regulator. This is not a good place to be in, and simply saying to the regulator that you have no visibility simply doesn’t work,” he said.