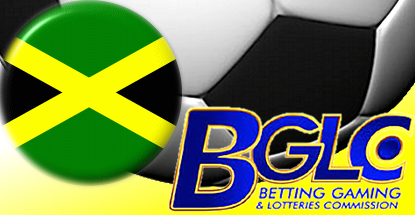 Jamaica has enacted changes to its gambling laws that could pave the way for the country to regulate online gambling for the first time. This week saw the Caribbean island nation’s House of Representatives approve proposals to amend the Betting, Gaming and Lotteries Act in a bid to shore up the government’s balance sheet via additional gambling tax revenue. Gary Peart, chairman of the Betting, Gaming and Lotteries Commission (BGLC) said the only way this goal can be accomplished is through a significant expansion of the country’s current gambling offering.

As a result of the amended Act, between 20 and 40 new licensed sports betting shops will open, bringing the total number of shops to over 400. Licensed operators, such as lottery firm Supreme Ventures Ltd. (SVL), will also get the right to offer sports wagers and lottery sales via telephone and text. SVL VP Sonia Davidson applauded the changes, which she said would allow SVL “to commingle sports betting at many of our lottery locations island-wide,”

SVL had hoped to be ready to offer the new service before the 2014 FIFA World Cup kicks off next month, but the Jamaica Gleaner reported that SVL has yet to create its mobile betting platform. As with the situation in New Jersey’s online gambling market, Jamaica’s central bank will need to create the necessary framework to permit mobile gambling payments. Once the new products are up and running, Peart suggested the industry would experience growth of between 10% and 20% on top of the 15% to 30% compounded growth rates of the past two to four years.

The amended Act also gives the BGLC some regulatory teeth, allowing it to fine unlicensed sports betting operators between $150k and $500k. Audley Shaw, the opposition’s shadow minister for finance, has estimated that between 30% and 40% of the gambling taking place on Jamaica was not sanctioned by the BGLC.

The BGLC is hosting its inaugural Gaming Industry Summit on Thursday at the Jamaica Conference Centre in Kingston, at which online gambling will be a hot topic. Prior to the amendments passing, Peart had targeted online gambling as the next channel the BGLC hoped to bring under its regulatory thumb. Peart said anecdotal reports had estimated the country’s annual online gambling handle to be worth around $250m. BGLC exec director Andral Shirley called online gambling “a rapidly expanding sector of the industry” that is taking place without the BGLC’s oversight or the government reaping the tax benefits.