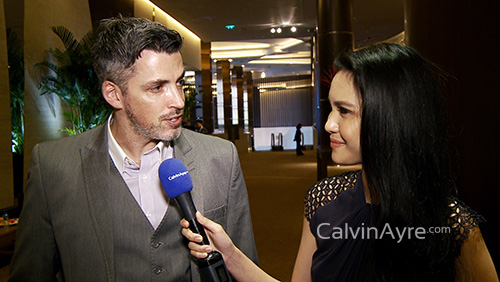 Angelia Ong talks to Keith McDonnell, CEO of KM iGaming, as he shares his insight about the sports betting in the upcoming World Cup.

Mobile Sports Betting: How It Will Change the Betting Experience for the Upcoming World Cup

Keith McDonnell talks about how mobile betting can give its players front-row seats to enjoy both watching the game and placing their bets. “The main difference between this and the last World Cup is really how mobile is kicked on; In-Play betting is far more prevalent in the market, people are betting In-Play through their mobile streaming so people can watch live pictures,” he said.

People betting through their mobiles inflated mostly because of the idea of being able to do anything, anywhere at your ease and comfort. Having an access to the currency and giving you an option to deposit and withdraw money through mobile device, making the whole user experience more effective.

McDonnell also forecasted an upturn of revenues for the operators. “More deposits, more betting, and at the end of the day, more enjoyment for the customer,” he said.

How Does Operators in Asia Prepare for the Upcoming World Cup?

“It’s gonna be hard this year. The main reason that it’s gonna be hard is the time zone. You know I think when I look at the fixtures; the games are between midnight and six in the morning, so it probably could not have been a worst time zone for Asian operators. So I think they need to recognize that more bets are gonna be placed pre-event rather than in-play,” McDonnell said.

McDonnell suggested working with the ambassadors around the world to promote the brand or use other products such as fantasy sports to standby from the oppositions.

Since football is the most popular sports in the world, gambling company who wants to attract more customers spend more of their marketing budget chunk in sponsoring some of the world’s most popular football clubs. It’s a great partnership—a good credibility of brand exposure.

“It’s been very popular over the last couple of years particularly in the UK with the English Premier League. The simple reason is the sponsor team and the Premier League they get worldwide-broadcast TV coverage back into mainland China and Asia and that exposure they can’t pay for locally; you know, they can’t get that sort of exposure through local teams,” McDonnell said.

He added, “Bodog have done this really well over the last few years. They’ve worked with West Brom and Arsenal. They see the benefits in Asia.”

He also used 188BET as a good example of an operator in Asia who maximized the sponsorship of football as they launch an assault on the European market after striking a shirt-sponsorship deal with Bolton Wanderers and Wigan Athletic, replacing Reebok and JJB Sports JJB.L, respectively.