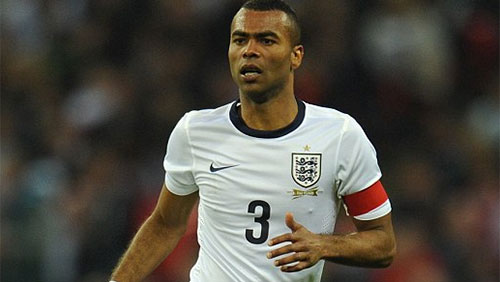 England’s world cup squad has been announced and it’s youth over experience as Luke Shaw is preferred to Ashley Cole in a move that prompts the Arsenal defender to retire from international football with immediate effect.

Just like the last day of the Premier League season, Roy Hodgson’s 23-man squad for the 2014 World Cup in Brazil courted hardly any controversy and held very little surprise.

The main talking point is the decision to select the Southampton defender Luke Shaw, as a back up to Leighton Baines, and not the Chelsea full back Ashley Cole.

Cole beat all of the tabloids to the punch by posting the news on Twitter, whilst at the same time declaring his retirement from international football after earning 107 caps.

I got the call from Roy and agree England team should be about the young players. I think it best I retire from England team now. ▫▫

Shaw has been a revelation for Southampton this season and his call up arrives in unison with a £27m bid by Manchester United which seems destined to take him to Old Trafford next season as a replacement to Patrice Evra.

The Manchester United midfield duo of Michael Carrick and Tom Cleverley have also failed to make the cut, which is no surprise when you consider the goings on at Old Trafford this season.

Cleverley started the first nine games of Roy Hodgson’s reign, but he has had his recent detractors with a section of English fans creating a petition urging Hodgson not to pick him in the 23-man squad.

I guess they got their wish.

Both players are on standby, however, and Andy Carroll will be joining them despite jetting off to Dubai for his summer holidays. It seems Roy Hodgson had more faith in the West Ham striker than the man himself.

Tottenham full back Kyle Walker misses out through injury leaving Glen Johnson as the only recognizable right back, although both Smalling and Jones have slotted in their in the past.

Here is the 23-man squad in full