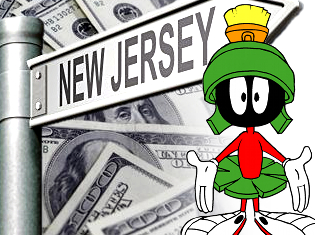 New Jersey Governor Chris Christie’s attempts at legalizing sports gambling in the state has so far racked up $2.8 million in attorneys’ fees.

That’s the amount the Gibson, Dunn & Crutcher law firm billed the state from August 2012, the date when the four major pro leagues and the NCAA sued the state to block their sports betting plans, to the end of 2013. That figure was obtained by The Associated Press through a public records request. Coincidentally, the law firm representing the state is the same one Christie hired to investigate the lane closures on the George Washington Bridge that put an unwanted spotlight on his beleaguered administration.

But the $2.8 million isn’t the total sum racked up by the state’s continued pursuit of legalizing sports betting. Despite facing one loss after another in the courts, taxpayers are also on the hook for attorneys’ fees incurred by former Senate President Steve Sweeney and former Assembly Speaker Sheila Oliver, who joined the governor’s legal fight after the leagues piled on.

Some other state lawmakers have been vocal about their opposition on spending money on what they believe are lost causes. Sen. Shirley Turner, an unabashed opponent of allowing sports gambling in the state, pointed out the state’s “$800 million budget deficit” and her belief that the state should have used the money on something more worthwhile like “helping people.” An admirable sentiment, but one that likely misses the point on why Christie continues to fight for the legalization of sports betting.

The governor has taken the matter up to the U.S. Supreme Court, which has yet to announce whether it will agree to hear the state’s appeal. Speculation has it that this announcement likely won’t be issued until the fall and, assuming the court decides the case is worth hearing, a final verdict won’t likely come until 2015.