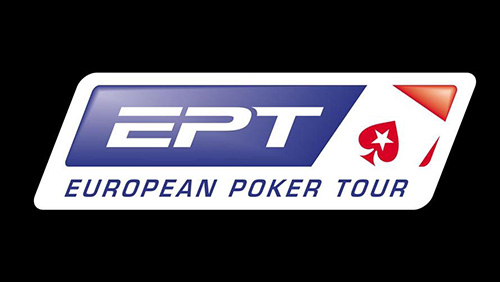 European Poker Tour has released their Season 11 preliminary schedule and so far there is no news of a return to Vienna or San Remo.

First we had the 2014 Spring Championships of Online Poker (SCOOP) schedule, and now we have the preliminary European Poker Tour (EPT) Season 11 schedule for you.

For many poker players an EPT title has become one of the most prestigious titles in the game, with some quarters even putting an EPT title above a World Series of Poker (WSOP) bracelet in terms of prestige.

The team behind the EPT Tour has to take credit for that, and Victoria Coren Mitchell’s historic victory at San Remo, this week, has propelled the tour into the spotlight for all the right reasons.

Will the extra exposure created by Coren Mitchell’s victory bring more people to the EPT fold for Season 11?

Only time will tell, but we do know where they will have to head if they are to follow in the Team PokerStars Pro’s footsteps, after the EPT released their preliminary schedule for their 11th season in the biz.

Some things remain the same and some things have changed…

The Things That Remain the Same

The tour will be returning to Barcelona, London, Prague, the Bahamas, Deauville, and Monte Carlo.

The Casino de Barcelona will be the host of the 100th EPT festival, so expect those two-weeks to be something special as they once again team up with the Estrellas Poker Tour to create, what was in 2013, the largest festival of poker in Europe.

Players will return to the Grand Connaught Rooms for EPT London. The EPT website doesn’t hold any mention of a partnership with the United Kingdom & Ireland Poker Tour (UKIPT), but one assumes it will once again happen.

Prague will once again fill up most peoples pre-Christmas calendar, as they link up with the Eureka Poker Tour to host an amazing event in the one place that has more bars per capita than anywhere else in Europe. It’s also envisaged that the World Poker Tour (WPT) and GSOP events will be held around the same time. The venue for EPT Prague was not disclosed on the website.

The PokerStars Caribbean Adventure (PCA) returns to the Atlantis in the Bahamas in what has become one of the most eagerly anticipated events of the year.

Deauville is once again the French option of choice for the EPT and the Casino Barriere will host a 10-day festival in conjunction with the France Poker Series (FPS).

The Grand Final will once again take place in the salubrious surroundings of Monte Carlo, in what has become the most prestigious poker series held outside of the WSOP.

Some Things Have Changed

Is it ‘auf wiedersehen’ to Vienna and ‘arrivederci’ to San Remo?

According to a PokerStars spokesperson there is no confirmation that either stop has been dropped from the schedule. Instead they thought it was important to release ‘confirmed’ information as soon as it was received. This gives players an opportunity to get planning instead of waiting for the entire tour to be confirmed prior to release.

So if you are a fan of Vienna or San Remo I suggest you keep your ears to the ground for further information.

The EPT have also made changes that are going to be well received by the seniors and females. A €200 Seniors Event (for ages 50 and over) will be held in most stops, and the price tag on the ladies event has climbed down from €300 to €200 in a bid to attract a more robust field.

“Season 10 has been a tremendous success and we’ve had some great feedback from players who welcome the even greater variety of events at the festivals and the wide range of buy-ins,” said EPT President Edgar Stuchly told Pokernews. “Partnering the local tours means our events are more accessible than ever before and we pride ourselves on providing the most professional playing environment available anywhere in the world. We will be building on this formula in Season 11 and, as always, constantly striving to enhance the player experience.”