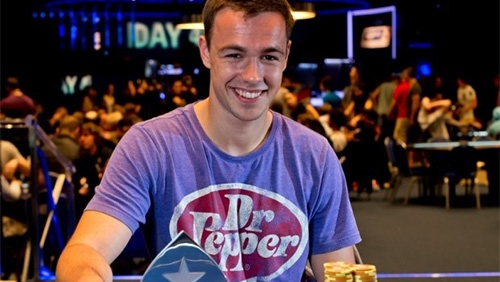 Ole Schemion wins the European Poker Tour (EPT) San Remo €10,300 High Roller after beating Max Greenwood in head-up action to extend his lead at the top of the EPT10 Player of the Year rankings.

Ole Schemion continues his march towards the Season 10 EPT Player of the Year award with victory in the €10,300 High Roller in San Remo.

The €265,000 purse, Schemion’s third six-figure score of 2014, takes his lifetime live earnings to over $4.7m; which is quite remarkable when you consider he has only been flicking cards around the tables for the past three years.

The event drew in 105 entries, made up of 88 unique buy-ins and 17 re-entries, and it was a relatively quick final table, taking only three-hours before Schemion was having to pull more fake smiles than a wedding.

Philip Sternheimer started as the chip leader and he was the first player to send another to the rail in the shape of Ben Mahmoud. The latter shipping it with ace-queen, and Sternheimer making the call with the pocket aces that held.

The British pro, Tamer Kamel, left the party in seventh. Kamel defending his big blind from a Max Greenwood raise, before check raise jamming on QQ5 holding ace five and Greenwood, called with QJss for the win.

The in-form online sensation Griffin Benger was out in fifth when his ace-five lost a fight against the ace-king of Schemion; and the German maintained that momentum with the eradication of Mustapha Kanit after turning a higher two pair than the recent Aussie Millions double-side event winner.

The starting day chip leader, Sternheimer, ran jacks into Schemion’s aces to exit in fourth, and the former PCA Main Event champion ended his tournament in third when he jammed on a [As] [6d] [2s] flop, holding [Jh] [2h], only to find a willing caller in Schemion, holding the superior [Ah] [7s].

That trailblazing ending gave Schemion a distinct advantage in heads-up action against Greenwood and the match-up didn’t last that long. Greenwood getting it in with [As] [4s] only to run into the mightier sword of ace-jack-offsuit. The jack-kicker did its job and Schemion was soon holding aloft another trophy.