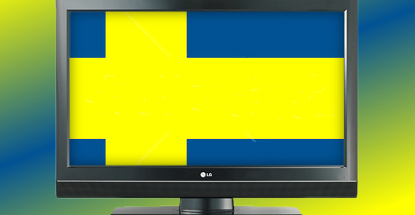 Sweden’s ongoing war with internationally licensed online gambling operators flared up again this week after the country’s gambling regulator claimed such ‘grey’ market operators account for 64% of all gambling advertising on Swedish television. The Lotteriinspektionen says grey market operators accounted for SEK 1b (US $152m) in TV ad spending last year, double the sum spent in 2011.

Lotteriinspektionen communications chief Joakim Röngren said the increased ad spend by operators not holding a Swedish license stemmed from a “misinterpretation” of a 2012 High Court case involving the Swedish Lotteries Act. In that case, the Court ruled that the editors of daily newspapers Aftonbladet and Expressen were off the hook for accepting gambling ads because the Act was discriminatory in its approach to international vs. domestic operators. This decision has been echoed by the European Commission (EC), which has warned Sweden to apply its gambling regulations in a more “systematic and consistent manner” or face the wrath of the European Court of Justice.

More recently, the issue of gambling advertising has provoked sharp exchanges between members of the fourth estate and those seeking to safeguard the state’s monopoly. Both the head of Svenska Spel and the president of the country’s newspaper guild have warned each other that the “party is over” with neither side showing any intention of ratcheting down its rhetoric anytime soon.

Case in point; the recent sponsorship of the Stockholm Marathon by Malta-licensed betting operator Unibet has been challenged by the Lotteriinspektionen as a potential violation of the Act. The Lotteriinspektionen says Unibet’s plan to display its logo and domain name at various points around the 26-mile course falls afoul of the Act’s prohibition of promotion of gambling firms “arranged outside the country.” The race’s organizers have been given until April 18 to respond to the regulator’s concerns and Swedish Marathon Group could face civil penalties – including fines of up to SEK 2m – if they proceed with their Unibet plans. The race is scheduled for May 31.