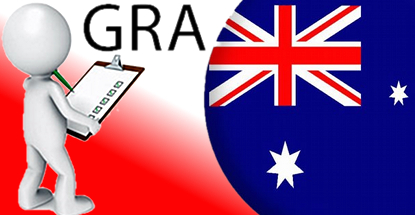 Australia is home to the world’s most avid gamblers, as evidenced by the country’s habit of routinely topping per capita spending charts. The most recent tally by H2 Gambling Capital indicated the average Australian lost over $1k to gambling each year, narrowly outpacing Singaporeans for the top spot. Australian adults spent an average of $17.52 per week on gambling, more than alcohol ($10.99) and gasoline ($15.27).

Gambling Research Australia, a problem gambling initiative involving federal and state governments, has just issued a lengthy report on Australians’ online gambling habits. (Read the 432-page behemoth here.) The study involved a telephone survey of 15k Aussie adult residents in late 2011 and an online survey in 2012 involving nearly 4,600 participants. The study’s authors describe their research the most comprehensive examination of online gambling ever conducted in Australia.

‘Only a small proportion” of online gamblers played EGMs online and just 17% of these gamblers exclusively played EGMs online, “the lowest sole and average use of the interactive mode” beyond instant scratch tickets. The study’s authors suggested this was in part due to the country’s lack of legally authorized online slots options (although online poker is also verboten in the country). Perhaps the pokies’ ubiquity has simply turned off the younger generation of Aussie gamblers.

Desktop and laptop computers were the overwhelming choice (86%) to access online gambling sites, with just 10% reporting gambling via mobile phones and 4% via other devices, such as tablets.

WHY
Convenience was cited by 63% of participants as their main reason for choosing online gambling. The other most popular benefits were competitive advantages over land-based gambling options, the physical comfort of gambling from home and privacy.

Over half (54%) of online gamblers had accounts with just one site, with 21% having accounts on two sites and the rest having accounts on multiple sites. Credit cards (36%) were the most popular form of funding online accounts, followed by debit cards (26%), various types of e-wallets (19%) and direct bank transfer (14%).