GamCare Co-Founder: “Britain has Always Been a Nation of Gamblers” 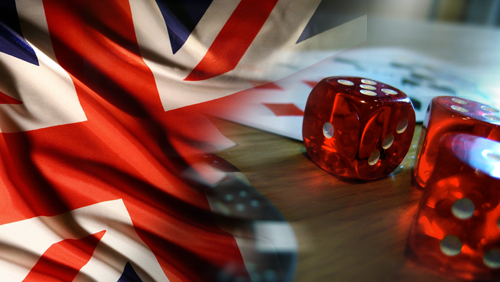 You wouldn’t know it from the headlines but Britain has always been a nation of gamblers – at least that’s the view of gambling psychologist, academic and co-founder of GamCare, Dr Mark Griffiths. My team recently had the pleasure of interviewing him.

“To be honest, I’m very lucky that I travel around the world and I see lots of different gambling cultures,” he states.“I think the perception from abroad is that Britain has always been a nation of gamblers.”

However, Dr Griffiths acknowledges the unwillingness of most Britons to accept gambling as part of our national identity, resulting in a peculiar double standard.

“Most people, if you say to them,‘do you gamble?’  they’ll say no. Say, ‘do you play the lottery?’ and they say yes. It’s quite obvious [that] there is a kind of mismatch.”

A Quid on the National

Evidently, for many people in the UK, ‘gambling’ is still something that goes on behind the walls of bookies and casinos. Meanwhile, playing the national lottery and wagering on certain high profile sporting events are regarded as ‘rituals.’

Dr Griffiths concurs: “There are some things that are perceived as bringing people together. Buying lottery tickets, buy[ing] the odd scratch card, betting on the Derby or the Grand National. Those kinds of things we’re almost expected to have aflutter on.”

Even underage individuals are included in these family gambling activities: “Consider the amount of parents that give their children one pound to gamble on the Grand National.”

It appears that there is a distinction in people’s attitudes towards ‘hard’ (high risk/ frequency) and ‘soft’ (low risk/frequency) gambling, an assumption backed up by the figures. Dr Griffiths reports that less than 5% of the British public have visited a casino in the last year, making casino gambling “a very low prevalence activity.”

Conversely, soft gambling – purchasing a lottery ticket, paying a visit to the local bingo hall – is a widely accepted pastime in the United Kingdom. 32 million cross-fingered Brits await the Lotto results every single week, while bingo (on and offline) is a billion pound industry and vastly more profitable than the land-based casino sector.

The social acceptance of certain segments of the UK gambling industry began in 1994 with the introduction of the National Lottery. As Dr Griffiths points out, after three decades of gambling being sequestered behind closed doors, “we suddenly had an activity that two thirds of the British public were gambling on.”

Legislature was forced to catch up with the shift in public attitudes that followed this development:

“What the lottery did is make gambling more socially acceptable…and what you got was this kind of drip, drip, drip effect. The lottery came in and of course immediately the football polls and the bingo halls were basically saying [to the government],‘You’ve taken some of our customers away. You’re not letting us to advertise on television. You’ve got to have an equal playing field.’ So the government allowed bingo and football polls to advertise in print media, radio, TV.”

If these soft gambling industries were embraced by the public and protected in legislation, could the same eventually be true of casino gambling? Dr Griffiths argues that casinos are already attempting to improve their public profiles by winning over difficult demographics, particularly the female market.

He feels that many women feel stigmatised or alienated in male-dominated environments like a bookmakers or a casino. In response, a number of casinos are beginning to introduce ‘ladies nights.’ “Only women can come in,” he explains.“They get a free meal if they come and then they can play and gamble in the casino.”

Of course, the increasing popularity of online gambling is also starting to shape our gambling habits as a nation. Britain was quick to embrace online casinos, where more puritanical nations (like the States) have attempted to enforce bans.

“We were one of the first countries that actually legalised Internet gambling,” Dr Griffiths comments with approval. “This idea of America trying to ban Internet gambling was just absolutely ludicrous. Britain has actually taken a very progressive stance, a proactive stance.”

Looking to the future, Dr Griffiths argues that online gambling is the domain of the next generation of British players.

“I look at my three screen-agers,” he laughs. “My children the gamblers of tomorrow, they will actually partake in gambling through mediums with which they’re familiar.”

An important strategy for improving the character of gambling is celebrity endorsement. This is becoming increasingly operative in the industry, with such high-profile figures as Shane Warne and Ray Winstone publicly endorsing gambling brands in recent years.

While the financial success of these celeb-powered campaigns is undeniable, Dr Griffiths has mixed feelings on the issue: “The in-play [sports] betting market is the fastest growing [gambling] market in this country. Who are the most successful firms?  It’s Bet 365. Even my twelve year old son, when we’re watching a sports match, what does he do?  He tries to guess what Ray Winston’s bet is going to be during the halftime.”

Dr Griffiths is keen to stress that his comments are not to be taken as condemnatory: “I’m not anti-gambling in the slightest but I am anti-adolescent gambling.  My son’s a cricket fan. He knows who Shane Warne is. But [Warne] promoting gambling, if it’s done during a time where children are actively watching, I think that has negative effects for children.”

To Dr Griffiths’ mind, celebrity endorsement is a double-edged sword for commercial gambling brands. On the one hand, employing a recognizable spokesperson boosts the credibility of the industry. On the other, there is always the danger that celebrities with a significant youth following might inspire an unhealthy interest in gambling from a young age.

Britain and Gambling: a Love Affair

These reservations aside, the general impression Dr Griffiths paints of the UK’s relationship with gambling is one of increasing liberalism and acceptance. In the course of his performing research, he sees British gambling as constantly diversifying, noting the mixed audiences of modern bingo halls.

“They’ve made the jackpot prize much bigger. What that has done is brought younger females into play who are actually more money-motivated than socially-motivated. But interestingly it’s also brought more men in.” A far cry from the ‘Blue Rinse Brigade’ of old.

Clearly, we are a gambling nation. In time, as all avenues of the industry expand and diversify their ranks, this may cease to be a source of shame.

By Sam Miranda. Sam is a gambling industry journalist, editor and marketer. Follow him on Twitter, or connect with him on LinkedIn. If you wish to submit your own editorial please contact Bill Beatty.