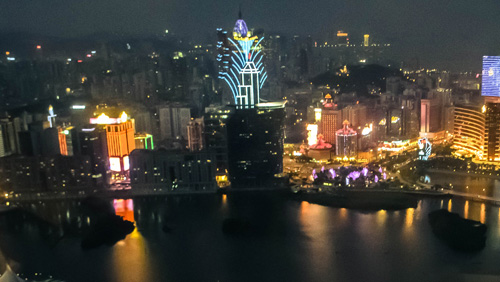 A month after losing its hold on the biggest casino market share in Macau, longtime king SJM Holdings reclaimed its throne from Sands China, posting the biggest share of the casino gaming market in March at 24 percent.

In February, Sands China vaulted SJM to the top of the pile, but March saw the Sheldon Adelson-owned company drop from 25 percent to 22 percent. That was more than enough for SJM, which relied on is own two-point gain to regain its status as the company with the biggest market share in the world’s number one gambling destination.

Far from the see-saw battle for market share supremacy between SJM and Sands China, Galaxy Entertainment sits comfortably at third place with a 20 percent share of the market in March, which saw the city’s casino joints post MOP35.45 billion gross casino revenue. Unless Galaxy ups its game and take points away from SJM and Sands China, it’s standing likely won’t change considering that the next in line, Melco Crown Entertainment is a long way down at 13 percent.

As good of a battle as the SJM-Sands China rivalry, Melco is engaged in its own fight to fend off Wynn Macau, which has been slowly posting gains, sitting at 12 percent for the month of March. While Melco has been largely successful at preventing Wynn from leap-frogging its position, the latter’s expansion in Macau could make the battle a little more interesting moving forward.

But Melco isn’t just going to roll over and let that happen.  with its plans to add 8,000 jobs at its third casino resort in Macau the latest indication that the company is also beefing up its operations ahead of its planned expansion.

Beginning at the end of the year, Melco will begin hiring for its new Studio City resort and casino, which is expected to open in a little over a year’s time. With so many other companies engaged in their own expansion plans, Melco is taking a more aggressive approach in its hiring, with Morgan Stanley estimating a 38 percent increase in total jobs under Melco Crown to about 117,000 by 2017. The company’s going to need it too, given how close Studio City is from opening. The $2.9 billion Hollywood studio-themed resort is set to become the company’s third project in Macau after Altira and City of Dreams. On top of the gambling options that will include more than 1,500 slot machines and around 500 gaming tables, Studio City is also set to include a five-star hotel, a high-end shopping mall, and a multi-purpose entertainment studio befitting of its Hollywood theme.

Bringing up the rear in terms of casino market shares is MGM China with just a 9-percent share of March’s casino gross gaming revenue.