Home / Poker / Joe Beevers on the Poker Mob, Grosvenor and the Betting Emporium 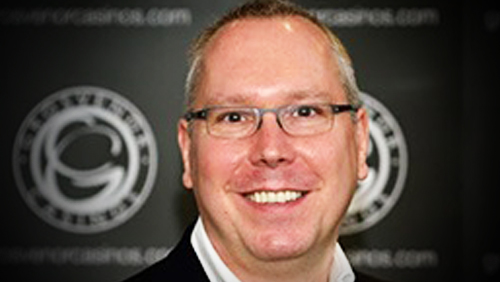 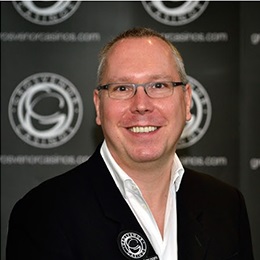 Lee Davy sits down with one of the founder members of the Hendon Mob, Joe Beevers, to talk about the transition away from that iconic brand name, the birth of the Poker Mob, their new contract with Grosvenor Casino and his work at the Betting Emporium.

When Joe ‘The Elegance’ Beevers connects with me on Skype I look at his profile photo and chuckle to myself.

Good looking, confident, brazen…looking like a member of Spandau Ballet.

“That was taken during my time on Late Night Poker.” Said Beevers. “We would distribute them to people to advertise the show. I have loads of them at home.”

The first time I saw Beevers playing poker, and I was hooked immediately. He was a character, as was Ram Vaswani and the Boatman brothers Ross and Barny. Together they were known as the Hendon Mob, but today they have a new name and a new set up.

Ram Vaswani has left the team, the name as changed, but the same enthusiastic verve and vigor remains.

After all they are still doing what they love.

On the sale of the Hendon Mob (HM).

“Last summer we sold the HM website, business and trademark. Originally it was about four guys from North London, traveling around playing poker. Then it became the number one poker website in the UK, then it became the leading results database, player profile and tournament listing database in the world, and then it no longer was about four people from Hendon.

“We had a team of people who worked on the site and suddenly we became a business. But at the end of the day we were just poker players. We were supplying data to a lot of people, including the Global Poker Index (GPI) and Alex Dreyfus.

“He has so many ideas for the use of this data. Ideas so much bigger than four guys from Hendon. He wanted to buy the database and the website was effectively the database so we agreed to the sale. It was good for us. It made sense and allowed us to play more poker.

“The business was fun but I did want to play more poker and I also had other things I wanted to get into such as the Betting Emporium. Alex is the perfect person to take the site forward and it was great timing because our deal with Genting was just ending.

“It’s difficult now because we have always been the HM; written about as the HM, been on home pages and front pages of magazines as the HM and it’s very difficult to leave all of that behind.”

On the Poker Mob and Grosvenor Casinos

“We have a new sponsorship deal with Grosvenor casinos, and we have set up our new site called the Poker Mob. The World Champion Barny Boatman, Ross Boatman and myself. We have a forum on there so we can chat and mingle with people, and we will be giving people updates on what we are doing and where we are playing.

“There is also a league. The Poker Mob League starts on 1st April, at 8pm, and as well as the prize money on offer Barny, Ross and I are playing and there will be bounties; you can win GUKPT seats and packages. It’s a good league. It’s only £10 per week and runs for 8 weeks, and then after the WSOP we hope to do a longer league format with better prizes. So come along Tuesday night to PokerMob.com and give us a spin.”

“I played my first poker tournament over there, about twenty something years ago, which is a little scary now. It was a £10 Seven Card Stud tournament. I was playing Blackjack with two guys who were friends of mine. They got up to leave and I was like, ‘where are you going this dealer is busting every hand’. They said they were playing a poker tournament. Now I didn’t know how to play poker and I asked them if I could only lose £10 and they said yeah – I was winning £400 at this time playing Blackjack – so I said I would play and paid my £10 and they gave us 500 in chips.

“I passed a few hands and was nervous. Eventually I found a pair of queens. Someone bet, someone raised, the bet to me was 400 and I only had 350 chips left and I didn’t know what to do. I asked people what should I do and they said just put in what you have got.

“So I put my 350 in the pot, my queens lost and I asked, ‘what do I do now?’ They said to rebuy and so I got another tenner out and re-bought. Then the card room manager came over and gave me a yellow 500 chip and I threw the chip to the person who beat my queens and said, ‘I think I owe you a hundred don’t I?’

“So yes we have come full circle. We are back at Grosvenor casino and we are going to Edinburgh next week, which is Aintree weekend. Neil {Channing} and I will be doing Aintree on the Betting Emporium, but as well as that I will be in Edinburgh playing the £500 main event so that will be fun.

“This is what we did 20 years ago. When you go to the WSOP now it’s very commercial. There’s hardly any drinking going on and there is just too much poker. It’s the travelling around and seeing the same faces which is most of the fun. In the old days we would know 7 or 8 of the people on each table. These days when you sit down at a $1,500 WSOP event the chances are there is nobody you will recognise.

“The UK circuit is different. You will know people and some of the friendships you make in poker are some of the best you will ever make.”

“There was a lot of work initially. Going back to 2000 at the Poker Million final on the Isle of Man when John Duthie won. Before that tournament I wrote 40 letters to a number of different companies such as: British Airways, Easyjet William Hill, Virgin and Red Bull, asking them to sponsor us. Out of the 40 I only got 7 replies. Six said thanks but no thanks. Red Bull said they loved the idea but were committed to their extreme sports and wanted to pass on this occasion, but I did receive two cases of free Red Bull. That’s all I got for those 40 letters.

“What’s interested from those 40 letters is that 12 of them later opened online card rooms. So we did a lot of work initially but we have been very lucky since then. We ended up in a business that was expanding so fast and we there right in the middle of it. We were very well placed and very lucky.”

“Ram kind of fell out of love with poker a little bit. He’s fine and has done a bit of sports betting, but he didn’t want to do the traveling. He was the player, not a businessman, so he just played and we took care of the business side of things for him.

“He still plays, but not the volume he once did. He played the $50k Poker Players Championship and the WSOP Main Event, and was there when Barny won his bracelet.”

“It was brilliant. The worse thing was, I wasn’t there. I had to leave Vegas because I had to come back home for the sale of the business, and two days after I leave town Barny wins the bracelet. I have been sweating him for 20 years and the day I leave town he wins a bracelet.

“It looked immense. The chanting, the rail, the look on people’s face; the look on his face. It was brilliant. We have all had various success with different things but Barny winning the gold bracelet was great. It’s great to share those emotions and feelings.

“Since then he was won two lifetime achievement awards. He believes they only hand them out to people who are on their way out, or dead, but we have told him it’s neither.”

On the Betting Emporium

“We have been running the Betting Emporium for over a year now. We started out for free and there is still a lot of free stuff on the site. The darts and the football is still free, and the Oscars were also for free and Neil tipped a nice winner in that, but there are other things that are now pay-per-view.

“Now we have Aintree coming up, starting next Thursday, and that’s pay-per- view, and hopefully Neil can carry on. The guy is one of the hardest working people I have ever met. During Cheltenham he was sleeping three hours per night and never eats. He is an absolute grafter, reads everything, listens to every opinion, and puts it together in a very special way. A true pro, a long term winner and we want people to share in that.”

If you want to ride the Neil Channing heater then you should head to the Betting Emporium.com and purchase the Aintree package, and if you are interested in joining the Poker Mob league then hop over to the Pokermob.com where you will find all of the details.