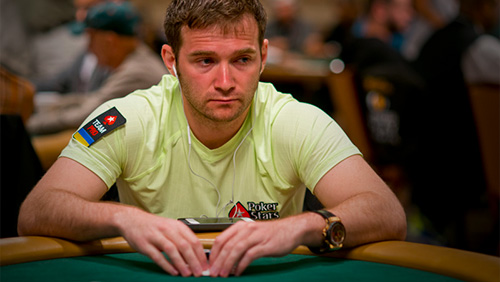 What a year it has been for Eugene Katchalov.

The PokerStars Team Pro had a fairly quiet year by his standards, last year, but he taken the roof off this one with a great start leading into the World Series of Poker (WSOP).

Katchalov has won nearly everything there is to win in poker, with the exception of a European Poker Tour (EPT) Main Event title, and he came so close to becoming our latest Triple Crown winner when he finished as the runner-up to Sotirios Koutoupas at EPT Deauville at the turn of the year.

Katchalov has built on that impressive run to outlast a field of 455 players in the Eureka High Roller and what a slog it turned out to be.

After getting down to a final table of eight players it took over four hours before the table lost a player – and what a player it was.

The Polish rookie, Dominik Panka, adding another impressive performance onto a 2014 CV that contains a $1.4m victory at the PokerStars Caribbean Adventure (PCA) Main Event, and victory in the €10,000 High Roller at Deauville, earning a further $371.498.

Panka would have to settle for eighth place in this marathon and when Jedlicka and Katchalov finally made it through to the heads-up phase they had to call time on their efforts because they both wanted to participate in Day 1B of the EPT Vienna Main Event.

When play resumed it took the Ukrainian four hours to overcome Jedlicka’s resistance to take another title for the Team PokerStars crew.

Eugene Katchalov reflects on one year of QLASH in Linkedin post
Lee Davy
24 May 2018
.