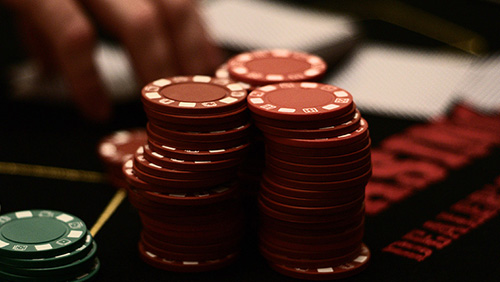 Hunichen, whose last three poker results on the road have come at the PokerStars Caribbean Adventure, the U.S. Poker Open and this past week at EPT Barcelona, took down the title, having started the week in despondent mood.

Having just arrived in the Catalan capital, Hunichen received the “devastating news” that his father had been diagnosed with Type 2 Diabetes, before finding out just hours later that one of his close friends had died due to a heart attack.

As if those two pieces of news weren’t tough enough to deal with, Hunichen then had the emotional impact of his pet dog of 13 years being diagnosed with kidney disease and pancreatitis, Hunichen getting that bulletin on the same day.

If you’re thinking ‘What next?’ then the answer was a victory that for most players would have been impossible. The €10,300 ($11,400) EPT High Roller event was a star-studded affair with no room for error between the most elite of players, so it was a phenomenal achievement for Hunichen to take down the title for the biggest win of his poker career. ‘BigHuni’ earned just shy of a million dollars for conquering his emotional state with remarkable mental strength and prevailing in the most difficult of circumstances.

The final day of the High Roller event proved to be the most problematic, with 12 hours of gruelling poker necessary to find the deserving winner. There were 26 players still in with a chance when the final day kicked off, including such luminaries as Anton Wigg, WSOP 2018 Main Event runner-up Tony Miles and Belgian legend Davidi Kitai.

By the final table of nine, there were still some of poker’s best at the table. Jack Salter would be first to depart the final table, however, and after a roller coaster last few levels of play, the final table chip leaders of Pauli Ayras and Uri Reichenstein – one of the most successful players at Casino Barcelona over the course of poker history – had been eclipsed by the gutsy and highly-skilled American Hunichen.

Having won a flip to get himself back into contention, ‘BigHuni’ ploughed through the field, playing aggressive poker to put himself heads-up with Reichenstein for the title. The two men agreed a deal and played on for the glory of becoming a winner and a few thousand besides.

Hunichen would dominate heads-up, and it was fitting that with no-one else left in the Casino, let alone the cardroom, the man who battled through so much in the build-up was the last man standing, claiming a record tournament win for his career and bringing his live tournament earnings up to almost $6.5 million.

*denotes a deal being made, payments are post-deal