Home / Business / How can operators approach a POCT UK market? 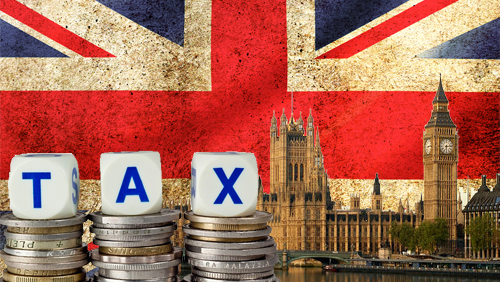 There was plenty of gambling-related news coming from Westminster last week. But even before the 2014 Budget gave bingo halls a break and did its best to beat retail bookmakers into the ground there was the considerable matter of the point of consumption tax.

The tax regime, which most people involved in the UK industry are bound to be acutely aware of by now, passed its last obstacle by being cleared in the House of Lords last Tuesday. The bill will come into action on December 1 of this year and is due to have a considerable effect on the iGaming industry in the UK.

For those involved in the industry the effect will undoubtedly be negative. A higher tax rate of 15% will cause operators to do all they can in order to protect their profit margins. In turn it’s likely that these cost saving activities will have a broader effect on those in the industry with B2B suppliers such as software providers having to contend with tighter deals while affiliates can certainly expect lower revenue share percentages and cost per acquisition amounts.

Arguing against the tax is bound to be a pastime that many will now take up. Several organisations have already gone into bat for the online gambling industry by voicing their opinions on the negative aspects of the proposed regime.

On a more practical level, given the clearing of its final hurdle, a POC tax is going to be introduced and companies that are going to be affected should be looking into how, and perhaps if, they’re going to operate in this environment.

Unlike the German Interstate Gambling Treaty introduced in 2012, it’s pretty clear that any breaches of the new POCT tax will be punished. Brian Wright is the business director at the Remote Gambling Association. He explains that once the new tax regime comes into force on December 1, companies will have to pay attention to it.

He adds: “It will be a criminal offence not to pay the required tax and, of course, failure to pay it would result in any related Gambling Commission licences being revoked so it will impact on every company that takes bets from the UK market.”

Deloitte’s leader for betting and gaming Simon Oaten adds that he believes that UK-facing iGaming companies should settle in for the long haul when it comes to point of consumption tax.

He adds: “In the medium to long term I think point of consumption tax in the UK is here to stay. The rate might change but this form of tax will remain.”

Despite what is expected to be strict enforcement of the rules, the RGA’s Wright also reveals that he believes there to be several opportunities where the UK government could provide a helping hand to iGaming operators.

He explains: “There are aspects of the regime where the British government could still provide some welcome relief and they primarily centrearound what bonuses and incentives can or might be treated as tax deductible.

“Discussions with HM Treasury and HM Revenue & Customs about issues of detailed implementation are on-going and we remain hopeful that progress can be made on those.”

Given the usual political opinions on gambling it’s probably best for operators not to count on receiving any help from the UKgovernment. While championing British business has always been high on any politician’s agenda, doing so when the company encourages a risqué activity such as gambling represents much less of an attractive proposition.

Of course the main reason behind this new tax is a sensible one.Online gambling companies were making lots of money in the UK but paying their taxes elsewhere. While rendering the economies of the offshore jurisdictions such as Gibraltar and Malta in danger, this new tax will mean that the UK government gets its fair share.

Oaten explains that there are still some advantages to remaining in an offshore vacation but that they’re likely to be seen as less important as time rolls on.

“There are other advantages other than the gaming duty that exists today to gaming businesses being offshore,” he says. “In most cases VAT is a significant advantage in these instances.”

“However, clearly there are operational challenges with being offshore so I think that there will be a drift back to the UK back I don’t think people are about up sticks and move their business back to the UK at this point.”

While hoping for assistance from your regulator is all well and good, iGaming operators are going to have to look inside their own business in order to make the most changes.

As Wright says; “beyond handouts it is for individual companies to make business decisions about what steps, if any, they need to take to offset the additional tax burden that faces them.”

In an unusual step for internet businesses, this burden is likely to weigh heavier on smaller companies than their larger counterparts. Larger businesses will be able to count on economies of scale to reduce costs while smaller ones will have no option other than to focus on their differentiating abilities.

Oaten adds: “The focus is now going to have to be on market share rather than top line profitability. That might have to be driven by acquiring online customers and taking customers from operators who will withdraw from the market.”

The hard times expected ahead for smaller operators is clearly a common consensus as evidenced by the drop in share price at 32Red – the operator that rarely does anything wrong. It seems that their biggest crime to date has been staying so small, something that has enabled them to gain such rave reviews and, more importantly, customer loyalty.

But 32Red certainly won’t be alone in their struggle to stay above water in a higher taxed UK market. It’s clear that the smaller companies are those that are going to find it toughest but all operators are going to have to cut costs somewhere in order to increase a profit margin that’s about to be cut considerably.