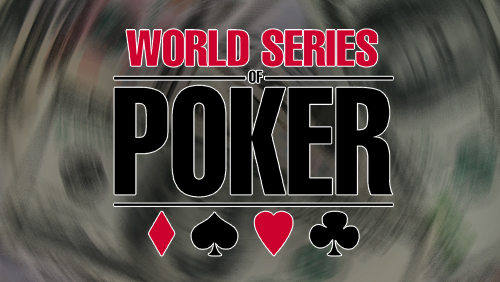 Lee Davy gives his belated opinion on the World Series of Poker’s decision to guarantee $10m for the first prize in the $10,000 WSOP Main Event.

When the World Series of Poker (WSOP) announced that they were going to award $10m to the winner of the $10,000 Main Event I was ready to publish my thoughts.

I thin sliced it and came up with the notion that it didn’t really mean a great deal for anyone other than the man, or woman, fortunate enough to run like God for 10-days.

Then I did something unusual for me.

I decided to shut my gob, put my pen down and just sat on it for a while.

So now the idea has had time to wallow in my grey matter – what’s the score?

If we ignore the freak that is the BIG ONE for ONE DROP then can someone please show me a poker player who is not aware that the $10,000 WSOP Main Event carries with it the biggest prizes in our game.

Last year Ryan Reiss won $8.3m in prize money. Now that’s what I call life-changing money and it has been that way for many years now. So is a $10m first place prize going to add any more oomph than an $8.3m first prize?

Not to me it doesn’t and that’s important as far as the WSOP are concerned. You see I am part of the demographic that the WSOP are hoping the $10m price tag will attract into the Main Event bosom.

I am a member of the poker playing community who has never played the Main Event. I am one of the people who can help push the numbers of the Main Event into the record books.

But I don’t care if the price tag is $10m for first prize. The fact remains the same. I still have to find $10,000 to enter the bloody thing. I can just imagine the conversation with the wife.

“Look love. I know you want to go to the Maldives for your holiday, but I really do have a good feeling about this one. I know $10,000 is a lot of money, and we could buy a car, send the kids to college or take that holiday, but if I can just beat the other 6,000 players we can have it all baby. Trust me…it’s $10m for first place love.”

The player numbers will grow this year, but I believe that will have more to do with online poker satellite entries than a $10m guaranteed first place.

The other important factor to consider about this headline is it has gotten people talking about the WSOP Main Event and this is important because of the return of the BIG ONE for ONE DROP.

When it broke through poker’s bloody hymen back in 2012 nobody cared about the WSOP Main Event. How could they? This was a $1m buy-in event for peats sake. It was the world’s best poker players all completely out of their financial depth playing for unbelievable sums of money.

So the headline does make sense I guess, because I am a writer and I am writing about the WSOP Main Event and not the ONE-DROP.

I read an interview by Seth Palansky who said, “It would provide a fun rallying cry for WSOP.com qualifiers to be able to turn $1 into $10,000,000.”

Now that would be a story.

An eye-catching story that would make you want to wipe your arse with the script of Rocky.

But I have a better one.

Instead of giving the WSOP Main Event winner $10m. Why not give them free entry into the BIG ONE for ONE DROP.

A seat they have to take.

Whether the WSOP like it or not they have created a monster.

Everybody wants to climb to the highest peak, and poker’s has changed. It’s no longer the WSOP Main Event, it’s the BIG ONE for ONE DROP. But let’s get serious here. Unless you are a multi millionaire how are you ever going to get into this game?

But the average working class man can get to this peak if the WSOP were to give away a free seat, and the only way they could do this would be to guarantee it to the WSOP Main Event winner.

Now that’s what I call an eye-catching title.

One that might tempt me into dumping the wife and putting my life savings into a $10,000 WSOP Main Event buy-in.