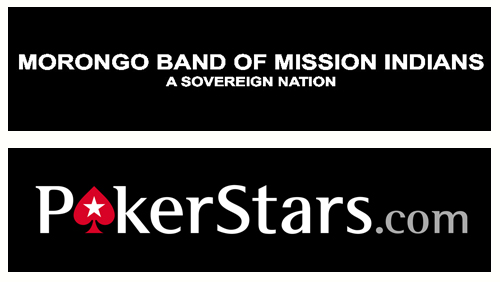 PokerStars and the Morongo Band of Mission Indians are teaming up to ensure that any potential new iGaming legislation in the state of California contains no ‘bad actor’ clauses.

The state of California is the home to more bad actors than any other place on earth, but the world’s largest online poker operator is doing it’s utmost to ensure it’s not one of them.

Having an online poker industry without PokerStars is a little like the Jackson Five without a guy called Michael, but that’s exactly the situation that the state of New Jersey finds itself in right now.

The reason the red spade remains in the garden shed is because the New Jersey Division of Gaming Enforcement (DGE) have concerns over the ‘continued association with its founder, Isaia Scheinberg, who still has an outstanding indictment on his hands.

Stars haven’t gotten to the top of the online network by luck. They have some of the smartest alecs in the business, and so it should come as no surprise that rather than wait for two years to see if the DGE change their mind, they have instead looked to the future and in particular California.

With a population of over 38 million people, most of which have some money to burn, California is the only state in the U.S that doesn’t have to worry about state compacts to provide the liquidity to enable online poker to create some serious revenue and therefore taxation.

In a bid to get ahead of the game, Stars have teamed up with the Morongo Band of Mission Indians to plough the iGaming legislation furrow that removes any impediment that ‘bad actor’ clauses invoke.

When it comes to California, Stars want to make sure they don’t have another New Jersey on their hands.

The news of this relationship originally broke on Twitter when the U.S online affiliate iGaming Player tweeted, “PokerStars and the Morongo tribe close to a deal in CA. No wonder there is not ‘bad actor’ clauses in the bill supported by Morongo.’

There are two bills being proposed at present. SB 1366, sponsored by State Senator Lou Correa and AB 2291, sponsored by Reginald Jones-Sawyer.

Indian tribes initially skeptical of the benefits of iGaming legislation in California are seemingly being woken up from their stupor by the smell of impending green. Not only are the Morongo tribe linking arms with PokerStars, but the Pala Band of Mission Indians have hired the former bwin.party CEO Jim Ryan, and picked up Phil Ivey as an ambassador for their new online venture Pala Interactive.