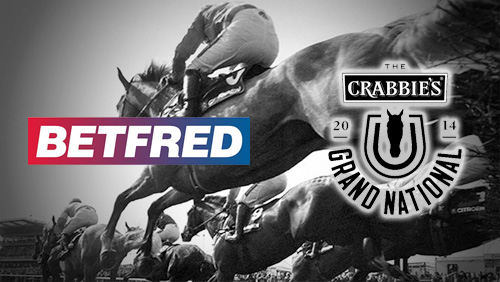 Betfred signs a 3-year deal to be the official betting partner for the world’s most famous horse race, the Crabbie’s Grand National Festival at Aintree.

The eyes of the horseracing world are quite rightly fixated on Cheltenham, but the world’s greatest National Hunt horse race is just around the corner, and Betfred is going to be a name you will see quite a lot during the biggest horse racing date in the calendar.

The Manchester outfit has signed a three-year deal to be the ‘Official Betting Partner’ for the Crabbie’s Grand National Festival in April.

Betfred sponsor over 600 different races in he UK including the Betfred Cheltenham Gold Cup and Merseyside’s premier Group One sprint, the Betfred Sprint Cup at Haydock Park.

The news comes after a deal was brokered back in August 2013 for Crabbie’s Alcoholic Ginger beer to take a three-year sponsorship of the Grand National and Grand National Festival, and the deal will see the race run for a £1 million purse for the first time in the races history.

Betfred owner Fred Done had this to say about the inking of the contract.

“We are delighted to announce Betfred as the Official Betting Partner for The Crabbie’s Grand National. Betfred has a long-standing history in racing, and also partner us at Haydock Park, another world-class racecourse in our region. So we have a fantastic relationship with Betfred and are thrilled they have agreed to join us for one of the most famous sporting events in the world. We look forward to welcoming them and their guests to Aintree in April.”