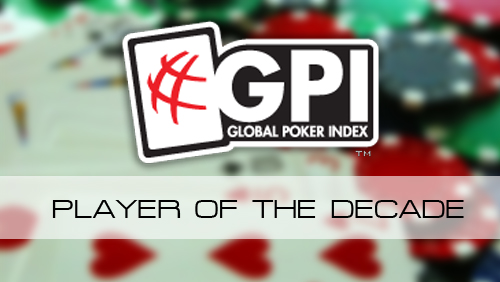 Lee Davy investigates why the Global Poker Index (GPI) only announced a total number of 9 players during their Player of the Decade series and discovers that the specter of poker’s unsavory characters still loom large over our organization.

When the Global Poker Index (GPI) released their Player of the Decade series, did you wonder why they only announced the top 9 and not the top 10?

You see, as a writer I am aware that list articles attract a lot of clicks, and 10 is generally the magic number for a decent length article and 5 for a shorter length list article.

The only time I differ from these numbers is when I get lazy.

Alex Dreyfus and his team are anything but lazy.

I had a view that the 10th person was probably an unsavory character that the GPI didn’t want to give any unnecessary exposure to and when I asked the GPI chief I was proved right.

This got me thinking.

What are we supposed to do with the members of the poker community that cause us embarrassment? The people we would rather didn’t exist?

Do we just ignore them like the GPI have done, or do we reluctantly include them in our community, because like it or not, they are a part of what we are?

Then in 2011 the United States Anti Doping Agency (USADA) starting investigating Armstrong for alleged doping charges, and after being found guilty was stripped of his titles.

In 2013, Armstrong admitted his guilt during an interview with Oprah Winfrey.

In 1988, at the Seoul Olympics, the Canadian Ben Johnson won one of the most eagerly anticipated 100m final races in living memory. Not only did he pick up a gold medal, after beating his archrival Carl Lewis, but by doing so he set a new world record of 9.79 seconds.

Johnson was later stripped of his title and world record – and various other titles and records – after being found guilty of drug use.

Johnson is a huge embarrassment to the Olympic movement, but he is part of their history whether they like it or not.

Then more personally for me, in 1986 Diego Maradona leapt high in the air during the World Cup Quarter Final tie against England and used his arm to rise higher than Peter Shilton and punch the ball into the England net.

The goal stood and Maradona would go on to single handedly win the World Cup for Argentina and be heralded as one of the worlds greatest ever players. If you watch the 1986 World Cup Movie called ‘Hero’ it is a Diego Maradona lovefest where the handball incident is hardly mentioned.

So what are the similarities and differences between these incidents and are own game?

Both Lance Armstrong and Ben Johnson were banned for life from the sports that they cheated, after being found guilty of breaking the rules to try and gain an unfair edge.

Their international federations made those decisions.

But in poker there is no trial, no jury and no judge.

Poker’s hammer and gavel is like Thor’s hammer – nobody seems to be able to pick it up.

Until this week I didn’t even know we had an International Federation (IF). That’s wonderful news, so perhaps our IF can create the investigations into these alleged cheating scandals and then deliver lifetime bans like cycling and athletics have done?

This isn’t going to happen.

There are two reasons that this will not happen in the immediate future. The first problem is the fragmented nature of our game, and the second lies with the fist of Diego Maradona.

We accept cheating as part and parcel of our game. This is why Diego Maradona was able to cheat in 1986 and players continue to cheat to this day. Do you know what happens when a professional footballer fails a drug test, or in the case of Rio Ferdinand fails to even turn up at one?

They are fined and given a suspension.

Not a lifetime ban, but a smack on the wrist.

What happens when footballers dive, stamp and punch the ball into the back of the net?

They are fined and given a suspension.

Just take the conversation I had with Craig McCorkell yesterday when we spoke about ‘ghosting’.

“People don’t realize how big of a deal it is. I have heard people who are well known, and respected, in the poker community talking about this in public as if it’s not a big deal that they take over their horses play in the final stages of their tournaments. I don’t think this is acceptable and as a community we should frown upon this behavior.” Said McCorkell.

The GPI are one of the organizations that are taking a stand and saying enough is enough. They have issued suspensions to players who have been embroiled in Diego Maradona type incidents, and by creating a Player of the Decade that only has nine players they are taking a stand that the 10th person doesn’t deserve the world’s attention.

The World Series of Poker (WSOP) has done likewise with players found guilty of malpractice either during their events or on their properties.

But it’s still not enough across the board.

Cycling and Athletics have shown the world that although cheating can have its rewards, ultimately you will pay a very heavy price indeed when you get caught. By talking about the antics of Armstrong and Johnson it can discourage younger athletes and sportsmen and women from doing likewise.

Maybe one day we will have the structure I think we need to take us on to that global stage. To move from the embarrassed little kid to the well-respected young man we sometimes deserve to be.

We will have an IF who distribute the rules and regulations for our game, and deal with suspected cheats by holding court and dishing out lifetime bans to those that fall foul of the beak.

Who knows…perhaps our IF will be the GPI and then in the next decade we can have 10 names in the list for Player of the Decade.

The GPI merge the APA and EPA to form the Global Poker Awards on April 5
Lee Davy
13 March 2019
.