Home / Business / The Red Wire: Political Unrest in the Age of Social Media 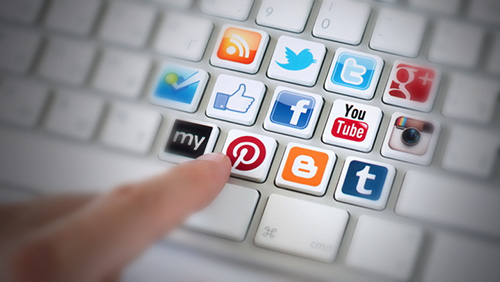 A protest movement has been underway in Venezuela since early last week over economic destabilization caused by President Nicolas Maduro’s currency and price controls. The government issued a ban on all protests after they turned violent, killing three students and leaving dozens more injured – a turn of events the opposition leader, a Harvard-educated former mayor from the country’s east named Leopoldo Lopez, blames on pro-government militias. (No points for guessing who the government blames the violence on.)

Despite the protest ban, the anti-government protests have continued. And despite a media blackout – all the local media are government-owned – Venezuelans know what’s going on in the country thanks to self-organization via modern communication technology. The situation calls to mind political unrest in several other countries in the age of social media.

Both Facebook and Twitter were beginning to come of age in 2009 when Iran’s “Green Revolution” protests against the contested election of hard-liner Mahmoud Ahmadinejad began. The Iranian government went into damage-control mode in support of its president. It cracked down not only on its own people but also on the international press, arresting foreign journalists and banning them from leaving their offices. Then, after opposition supporters organizing over social networks launched DDoS attacks on Ahmadinejad’s website, the government responded by shutting down national internet access before reinstating it with heavy filtering.

Iranian users stayed ahead of the government’s censorship regime by using proxies, some of which were provided on a volunteer basis by hacktivists in the West. Maintaining access to the net in the face of government censorship allowed protestors to use YouTube to provide witness to shocking events from the protests like that of the death of 26-year-old Neda Agha-Soltan at the hands of a pro-government militiaman, and to use Twitter and Facebook to amplify the reach of their citizen journalism.

The hard-liner Ahmadinejad was ultimately successful in retaining power, mainly because the organizational utility of social media wasn’t backed up by the type of large-scale action required to actually topple an oppressive government. But the Green Revolution paved the way for the ascent last year of the relatively moderate Hassan Rouhani.

The so-called Arab Spring revolutions started in Tunisia in December 2010 when protests erupted following the self-immolation of a street vendor named Mohamed Bouazizi. The Tunisian government cracked down on the citizenry and later moved to cut the country’s internet access off and sparked. Despite the censorship, Twitter provided an outlet for citizens to organize protests, ask for blood donations, and even warn others about snipers. By late January 2011 President Zine El Abidine Ben Ali had fled the country, driven out after more than 23 years in power, and at least one revolutionary was glad to give all the credit to Twitter.

Egypt’s President Hosni Mubarak quickly adopted a similar strategy of dealing with the unrest that erupted in his country in late January 2011 in the wake of the Tunisian situation. The Egyptian government shut off internet access at the country level and also took cell phone text messaging services offline, but with help from online free speech activists the Egyptian people were able to maintain links to the outside world and spread news from hotspots like Cairo and Suez. One Egyptian activist at the time said, “We use Facebook to schedule the protests, Twitter to coordinate, and YouTube to tell the world.” The government’s internet censorship didn’t help Mubarak a bit. After two and a half weeks the president was forced from the office he had held for more than 29 years.

Protests against the government of Ukrainian leader Viktor Yanukovych began in November 2013 after he cut off talks with the European Union. Pursuing a course closer to Vladimir Putin’s Russia led to widespread discontent led to a massive, peaceful protest movement organized over Facebook and Twitter and kept vibrant partially through volunteer efforts coordinated through homegrown crowdsourcing sites. The self-organizing revolution proved effective enough that protestors were able to completely take over the city center of Kiev and hold it with barricades day and night.

Yanukovych’s government responded by banning protests, after which some protestors received SMS text messages on their cell phones reading, “Dear subscriber, you are registered as a participant in a mass disturbance.” None of this had much effect on participation, but the introduction of riot police to the mix was soon followed by violence and casualties. At least six people were confirmed killed in the violence that began January 21st, 2014, and more than 100 journalists were injured – so many that some began to remove their vests marked “PRESS” so as not to be targeted. Yanukovych held on to power so far by making numerous concessions to the opposition.

Social media has proven useful to protestors in Venezuela this month. Like their predecessors in protest around the world they’ve used online tools to self-organize, including new ones like Zello, a walkie-talkie app used to quickly share information on password-protected channels. And according to the current narrative in the mainstream western news, President Maduro is trying to tamper with social media just like other toppled dictators before him. Last Friday, Bloomberg reported that Twitter was accusing Maduro’s government of blocking access in Venezuela to the images posted to the service. The state-run telecommunications regulator, Cantv, “emphatically and categorically” denied the charges, saying that problems with images were reported in other countries as well.

The international press cast almost universal doubt on the Venezuelan denial and ran with the story of government Twitter censorship, no doubt because anyone who bans protests is stacking the deck against the opposition. But not everyone’s buying into the idea. Justin Raimondo at Antiwar.com wrote today that there are plenty of images continuing to come from Venezuela on Twitter, pointing to a Venezuelan journalist’s Twitter feed and testimony that there are no problems with Twitter censorship. His attempts to reach the Bloomberg story’s reporters and editors (who presumably are not facing any sort of communications blackout of their own) went unanswered.

It clearly wouldn’t be unprecedented for the Venezuelan president to shake down citizen journalism online via heavy-handed censorship. It also wouldn’t be unprecedented for the American government, which Maduro so firmly believes is behind the opposition protests that he expelled three of its diplomats, to interfere with an unfriendly country’s internal workings. Later today the world will have another chance to see just how much control the Venezuelan government is trying to exert over its country’s internet infrastructure. A “concert for the youth” is scheduled to be held in the main square in Caracas, coinciding with an opposition-organized demonstration unauthorized by the city of Caracas.