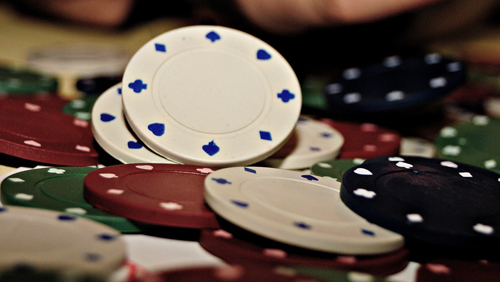 Joe Hachem’s recent comments regarding what he sees as the death of poker got a lot of people stirred up, some because of the message and others because of the messenger. The whole situation got our own Lee Davy asking what, if anything, constitutes a world championship for poker now that the WSOP Main Event is no longer the only game in town, and how we might be able to inject some life into the game once again. I have a proposal that would answer both those questions: an invitation-only, unified world poker championship. It would take some cooperation among current competitors to make it happen, but the result would be like nothing else the game has ever seen.

The WSOP Main Event’s $10,000 buy-in in the 1970s – worth about $60,000 today – limited the field to only the top pros and very rich amateurs. Before satellites were introduced in the 1980s that was enough to keep the game intimate and elite. The full-ring freezeout format of the tournament was still relatively novel at the time, and the games tended to test stamina and endurance as well as card sense since they often went late into the night. The end result of these factors was that each player in the field had a measurable chance of winning the tournament. (Jack Binion himself used to place odds on everyone when the tournament began.) Toss in the fact that essentially the entire field knew each other and you had an event of genuine interest to everyone in the game.

We could recreate all of these qualities – an elite field pulled from across the poker community, an interesting and challenging format, and an intimate environment – with a 64-player unified world championship tournament modeled on the NCAA men’s basketball tournament. Like that tournament, the participants would be pulled from all over the game, and their entries would be split between automatic and at-large bids.

The prize for the tournament would be the undisputed world championship of poker, by acclaim of the game’s major tournament festivals and tours. The total prize pool would be $6.4 million – $100,000 for each player in the tournament – paid out to only the final table of eight players.

Players with automatic bids would have their buy-ins covered by an extra $100 fee added to every tournament with a buy-in of $3,000 or more on the World Poker Tour and European Poker Tour and at the World Series of Poker. (In 2013 that would have come to a total of just over $3.4 million.) Those receiving at-large bids would have to pay the $100,000 buy-in, either on their own or through sponsorship/selling shares.

The bulk of the entries each year would be automatic bids for high achievement – think of these like major conference and tournament champions in the NCAA tourney. The Global Poker Index’s top 10 finishers at the end of the year would get invites, as would all of the living members of the Poker Hall of Fame. More automatic bids would go to the Players of the Year from the World Poker Tour, World Series of Poker, European Poker Tour, and major poker magazines – and, of course, to the winner of the old unofficial world championship, the WSOP Main Event.

The rest of the automatic invites would be distributed to top GPI performers in various subcategories for the year – these are more like your mid-major conference and tournament winners. The annual top cashers in PLO, Stud, Omaha Hi/Lo, and mixed-game tournaments could be given seats. So could the top performers at various buy-in levels, creating the opportunity for the best small-stakes players to take their seats next to the game’s greats. And seats could be also awarded to the year’s top player from each of the four regions the GPI tracks (Asia, Latin America, North America, and Europe), so long as they had not yet qualified through other means.

The at-large invites would vary by number each year, but they would always be awarded by our unified world championship committee. (A good start on determining the membership of this committee would be to use the same people who pick each year’s Poker Hall of Fame class – the living members of the Hall and selected members of the poker media.) These could be used to reward “storyline” players, those who who won multiple WSOP bracelets, won multiple titles during the year, or made multiple final tables on a tour without finishing particularly high on the GPI.

After handing out a number of these bids at its discretion, the committee would then offer the remaining at-large bids to players based on two factors: whether they have won an open-field tournament in the last year, and GPI ranking. This way players on the bubble would have extra motivation to keep playing tournaments late into the year, trying to tally a win so they might earn an at-large bid.

Just like with the NCAA tournament, selection day for our unified world poker championship could be a TV event. Analysts could make their predictions, and fans and players alike could parse the selections after the fact, deciding who was snubbed and who got in undeservedly.

Our 64-player tournament would be broken down into Quarterfinal, Semifinal, and Final rounds, each with a different format. The venues for these three rounds could be rotated every year – for instance, between Las Vegas, Monte Carlo, and Melbourne. The structures for each round would be designed by the tournament directors from all the participating tours.

The top 32 players in the field would be given byes in the Quarterfinal round. The other 32 players would be paired off with each other according to seeding and play a set of 16 best-of-three matches of heads-up no-limit hold’em. Coverage of this round would make for great TV, featuring David-and-Goliath matchups, battles of contrasting styles, and the chance to see the game’s all-time greats square off one-on-one against its hottest stars.

At the end of the Quarterfinal the field would be reduced to 48 players, all of whom would compete in the Semifinal: an eight-table, 6-max, no-limit hold’em shootout, played with deep stacks and a shot clock. Players would be re-seeded at the start of the Semifinal. All of the tables would be played simultaneously in one venue, once again making for great television. The 6-max format with the shot clock keeps the action moving, and the fact that only one player from each table can move on to the money will raise the tension on TV.

Each of the table winners from the Semifinal shootout would earn a seat at the eight-handed final table. With a modified ironman structure, breaking once for dinner and then again for the day after 16 hours of play, the Final would play as long as necessary to reach a winner, testing stamina and endurance just as much as card sense. Journeying from the full field of 64 players to a win in the Final would test a player’s skill in a variety of formats and against recognized top competition,

For an idea of what the field for such a tournament might look like, I applied these selection criteria to tournament results from EPT Season 9, WPT Season 11, the 2013 WSOP, and the Global Poker Index’s overall standings for 2013. Here are the 41 players who would have received automatic bids:

The 23 at-large bids could have justifiably been given out to a number of players. Former WSOP POY and two-time 2013 bracelet winner Tom Schneider swept the HORSE tournament at the Series last year. Blair Hinkle and Jeremy Ausmus both won multiple major titles over the course of the year. Loni Harwood won a bracelet and made multiple final tables there, as did Marco Johnson and Noah Schwartz. Jared Jaffee won a WPT title and made multiple final tables. Scott Seiver won the PCA. And the other 15 spots would have gone to high-ranking tournament winners on the year outside the GPI Top 10, players like Steven Chidwick, Vanessa Selbst, and Griffin Benger.

That’s a field that includes players from just about every age range, poker era, and poker specialty possible. It includes men and women, youth and elders, players and promoters, the wealthy and the humble, aggression and patience. Most importantly, it includes people who know what it means to win, both in the short term and the long term – and there’s a calculable chance at the start of the tournament that each of them could emerge as poker’s world champion. It’s not a perfect system by any means, and it could probably use some tweaking – but even still, it would provide for a much more interesting way of determining the game’s world champion than the current $10,000 lottery.