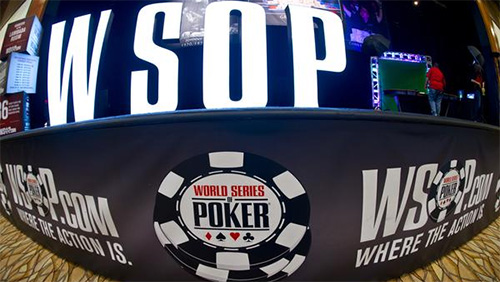 The 45th Annual World Series of Poker (WSOP) schedule has been released with a $10 million guarantee slapped onto the title of the WSOP $10,000 Main Event.

The wait is over folks.

The top dogs at WSOP towers have finally released the full schedule for the 45th Annual WSOP and it looks like a humdinger of a series.

Strap yourself in and buckle up as I take you through the major changes.

There are 65 events in total and that’s three more than we had in 2013. Once again the Rio All Suite & Casino will be our home for the summer, and it’s the 10th successive year that the iconic venue has hosted the world’s most prestigious poker tournament.

Unless you have been in a Vipassana retreat somewhere then you would have heard the rumors circulating around the biz that a $10m first prize was going to be offered to the winner of the 2014 $10,000 WSOP Main Event.

Well that’s now official although I would have preferred it if they had splashed that additional cash in a wide range of freerolls or even upped the min-cash to make it more appealing to a much wider audience; but what do I know.

The event will operate May 27 – July 14 before its usual vacation in the run up to the glitz and glamour of the November Nine and let’s hope they have invested in a wider variety of musical mixed tapes otherwise I might just be found hanging from a Rio toilet cubicle.

The slight changes to schedule include late afternoon events now moving to 4pm (10 levels of play on Day 1), and the late registration for the majority of events will be allowed until the start of Level 27.

The first Saturday marks the return of the “Millionaire Maker” $1,500 No Limit Hold’em (NLHE) event, with a guaranteed $1m first prize. A single re-entry will be allowed for players who bust on Day 1A so they can re-enter Day 1B.

As expected there will be more High Roller events this year. 16 in all with the breakdown as follow:

Yes, let’s not forget the $1m buy-in BIG ONE for ONE DROP is back and is promising to be so much more extravagant than the inaugural event that was won by Antonio Esfandiari back in 2012.

It’s not just the High Rollers that are going to be pleased with the schedule; those scraping the bottom of the barrel can also afford a smile.

“For ten years we have tried to raise the bar on tournament poker, “ said WSOP Executive Director Ty Stewart. “There is real optimism 2014 can be our biggest year yet with an anticipated $200 million in prize money to be paid out this summer. With new satellites and daily tournaments exclusively on WSOP.com and a plethora of side events, there is more reason than ever to make the trip to poker mecca”

I believe the 10th year in the Rio is going to be a memorable one and the presence of WSOP.com is the big reason why. The online rooms in both Nevada and New Jersey have already begun rolling out a wide range of free rolls and $1 satellites and I think that’s going to have a big impact on attendance figures this year.

“We have tweaked our schedule and feel very good about the opportunities it presents poker players of all levels,” said WSOP Tournament Director Jack Effel, who will oversee the tournament for the ninth straight year. “Now in its tenth year at the Rio, we believe operationally we have optimized the experience to provide players maximum choice and comfort and can’t wait to open the doors May 27.”