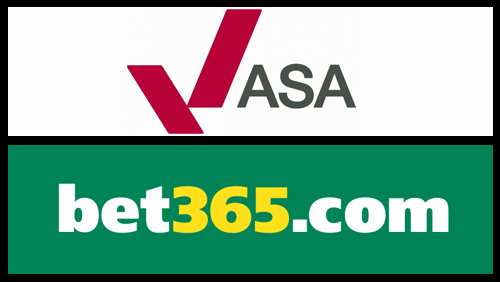 The ASA smack the wrists of Bet365 after another misleading ad comes out of the gambling woodwork, and local councilors give the green light for work to commence on the new Bet365 HQ in Etruria.

The Advertising Standards Agency (ASA) has pulled their cane out of the closest once again, and this time Bet365 are the gambling outfit with welts over their palms.

This time the team from Stoke-on-Trent has fallen foul of the ASA laws after a misleading ad created by the team at Drummond Advertising.

The one-minute ad shows a jockey riding a horse with a voice over that states:

“If you place a bet at Bet365.com and back any single winner at odds of 4:1 or more, on any race shown live on Channel 4; we will give you a free bet to the same stake on the next live Channel 4 race. If your free bet also wins at odds of 4:1 or more you qualify for a free bet on the next live Channel 4 race. Keep backing those winners and we’ll keep giving you free bets. At Bet365 anything can happen.”

Now that’s not a bad deal.

Unfortunately, there is a text print shown at the bottom of the ad that reads.

Blink and you miss it.

The punters complained that the ‘free bet’ claims were misleading, because participants had to stake their own money to make the ‘free’ bet.

Bet365 responded to the complaint by saying the term ‘free bet’ was ‘standard in the industry and was a term customers were comfortable with,’ before pointing out the ‘maximum free bets per customer £50 per race’ stipulation.

They followed up the ruling by stating, “The ASA considered that customers would understand the claim “Back any single winner at 4/1 or more on any race televised live on Channel 4 and you can have a free bet to the same stake on the next live Channel 4 race” to mean that they would be offered a free bet following their win, whereby customers would receive a free element from the advertisers to bet again.”

The punishment = 100 lines to the effect of ‘The claim must not appear again in its current form. We will not claim we are offering a free bet if there is no free element to be offered to our customers.”

The Secretary of State for Communities and Local Government has given the thumbs up to Bet365 and their plans to lay waste to the old newspaper site at Media Way, Etruria.

The Potteries outfit plan to make the former Sentinel HQ the new site for Bet365 HQ, in a move that will increase their workforce by a further 500 employees making them far and away the biggest private employer in the area.

Bet365 Property Director Richard Smith told The Sentinel: “We are delighted to get permission to construct the building that is going to secure our future. “It will allow us to continue to expand.

“Denise Coates and her brother John Coates, the joint chief executives, have done a great job in creating this business and are very proud to have its roots, where their roots are.”

Demolition work will begin in the summer and the planned completion of the work is 2016.