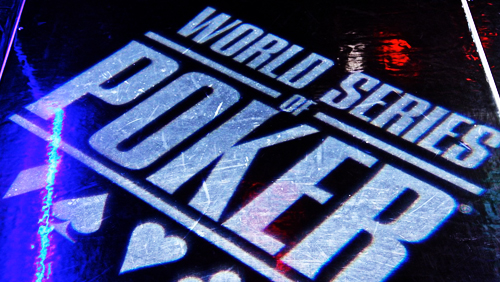 Even those with the faintest hint of poker’s history knows that the tournament game as we know it today is a direct descendant of the World Series of Poker. For most of its first decade it was the only game in town, creating higher demand for more tournaments with every passing installment. Eventually one of its own past champions, 1972 WSOP Main Event winner Thomas “Amarillo Slim” Preston, decided to meet that demand by creating his own series. Slim, ever the savvy marketer, played on the WSOP’s sporting nomenclature and christened it the Super Bowl of Poker. (Apparently the NFL’s lawyers were much more lax with trademark enforcement in those days.)

The original Las Vegas poker tournament series served not just as inspiration but as a template for the SBOP. Like the WSOP, Slim’s first Super Bowl featured multiple events in different poker disciplines, from hold’em and stud to razz and deuce-to-seven draw, with a $10,000 No Limit Hold’em tournament as the main event. A WSOP bracelet holder by the name of George Huber won that tournament, taking half the $300,000 prize pool as his reward. Among those who cashed in other events that first year were other WSOP luminaries like Johnny Moss, Doyle Brunson, Bobby Baldwin, Eric Drache, David Sklansky, and Gary “Bones” Berland. That was an impressive number considering most of the tournaments paid money to only the top three players regardless of field size: 60 percent for first place, 30 percent for second, and 10 percent for third. Event #10, a $1,000 hold’em tournament, was the biggest outlier of all, drawing 130 players and paying those same three spots. One parting point between Slim’s series and the original was the prizes; where WSOP winners earned bracelets, SBOP winners received personal gifts from Slim that ranged from a custom pair of cowboy boots to a convertible to a gaudy trophy.

It wasn’t long before WSOP regulars like Billy Baxter, Chip Reese, Puggy Pearson, Hans Lund, T.J. Cloutier, and Jack Keller were adding SBOP titles to their resumes, giving the series an extra dose of credibility. Actor (and future High Stakes Poker host) Gabe Kaplan won the 1980 SBOP Main Event for a boost in popularity. And later Stu Ungar would win the SBOP Main Event in 1984, 1988, and 1989, making him the only player ever to win both the WSOP and SBOP championships multiple times. (Ungar’s very first poker tournament had actually been the 1980 SBOP Main Event; according to Nolan Dalla and Peter Alson’s excellent Ungar biography, One Of A Kind, he finished 34th out of 40 that year.)

Unfortunately, prestige and reputation alone weren’t enough to carry to SBOP forward through the ensuing decades. The top-heavy payout structure was attractive to the pros who had made names for themselves at the WSOP in the 1970s, especially since the WSOP was beginning to flatten payouts more, and this helped to increase field sizes to a degree. But the segment of the poker playing community this appealed to never grew by very much. Even after Slim changed some of the larger tournaments to pay out five, seven, nine, or sometimes even 10 players, the SBOP never could match the consistent growth that the WSOP began to experience thanks to a combination of TV exposure and the innovation of satellite tournaments.

But perhaps most damaging to the SBOP’s long-term prospects was its lack of a permanent home. True to its creator’s nature, the SBOP was a rambling festival. During its 13-year existence it was held in no less than five different venues in three different Nevada cities. It started life in Las Vegas in 1979 at the Hilton before moving to the Sahara in Reno for two years. Then that hotel was sold, and Slim moved his fledgling series to Lake Tahoe – first at the Sahara, then at Caesars Palace. The original Caesars in Las Vegas followed and was the host property until 1990. Some of the moves were because of hotels being sold or replacing their poker rooms with slot machines. (Some things never change.) At least one was because Slim clashed with management. Whatever the reasons, the SBOP never had a permanent home and would eventually suffer for it.

Like many gambling dreams, this one ended in Laughlin. The Flamingo property in the sleepy unincorporated town on the southern tip of the state played host to the 1991 SBOP, the last that would ever be played. In the same year when the WSOP Main Event awarded a million-dollar prize for the first time, the SBOP Main Event drew a paltry 12 players. Jack Keller won that tournament for a $52,250 payday, earning the distinction of being the only player other than Stu Ungar to win both the SBOP and WSOP Main Events.

Though it didn’t last into the modern era the way that its inspiration over at Binion’s Horseshoe did, the Super Bowl of Poker was important to the game’s history. It proved that there was unmet demand for tournament poker in the wake of the WSOP’s successful first decade, setting the stage for a rapid expansion of the tournament game in the 1980s. It also showed, by negative example, how important the stability of a single host venue was to a tournament series’ long-term success. The SBOP may live no longer, but its place in poker history is assured.