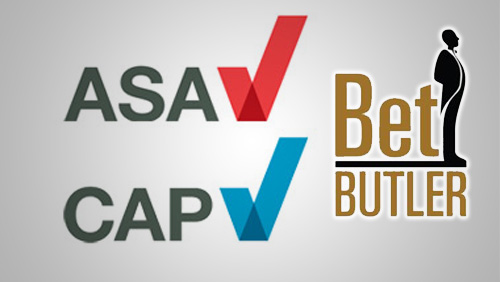 The ASA smack the wrists of Bet Butler and The Campaign for Fairer Gambling after breaching CAP Codes through various manners of deceit and deception.

The Advertising Standards Agency (ASA) has had their whip out again and the people struggling to sit down this morning include Bet Butler and The Campaign for Fairer Gambling.

So what have these two naughty boys been up to?

Let’s find out shall we?

Bet Butler Tell You How it Works

The Bet Butler .co.uk website previously contained a “How it Works’ page that stated:

“Our patented technology compares odds with over 60 different bookmakers around the world. So when you place a bet, we serve you the best available price in the market. Saving you time and getting you a better return for your money. All through one easy-to-use-account”. Further text stated “BEST PRICE. Delivering you the best odds and the best price on your bet”.”

Unfortunately, there were a few punters who took exception to this claim, especially as they found better prices on their competitor’s websites. Bet Butler responded with a simple reiteration of their previous claim and the ASA was asked to jump into the ring before someone got their head kicked in.

The ASA believe when a betting outfit tells their punters that they can offer the best prices in the market, that they really should back up that claim with the best prices. Not only did the punter find better prices elsewhere, but so did the investigation team at ASA.

Bet Butler’s slogan is ‘we’re on your side.”

Not this time boys.

The group received 10 lashings and were told to write 100 lines on the matter of, “the ad must not appear again in its current form. We must ensure that we hold robust documentary evidence to support claims in the future.”

Life wouldn’t be life without mentioning Fixed Betting Odds Terminals (FOBTs) in the day in the life of a gambling writer, and today I have Shipley MP Philip Davies to thank for bestowing me with the honor.

The ire of Mr. Shipley was raised by The Campaign for Fairer Gambling after they advertised in Parliamentary magazine The House, calling for them to ‘pull the plug’ on the FOBTs amongst a plethora of sentences that included such terrible tales as.

1. “FOBTS are the scourge of the High Street.”

3. “FOBTs…have since (2005 Gambling Act) multiplied to such an extent that they are now known as the ‘crack cocaine of gambling’”

4. “Now is the time to take a stand on FOBTs and protect the thousands of families who fall foul of FOBT addiction each year.”

5. “The reason so many new betting shops are opening on our high streets is to offer more FOBTs on which you can bet up to £100 nearly every 20 seconds. It is time to act to prevent exploitation of poorer communities during a time of recession.”

The five points were submitted to the ASA, on a personal basis, and after a response from The Campaign of Fairer Gambling that made War and Peace read like a short poem, the ASA were called in to stop Shipley drowning in diatribe.

The Campaign for Fairer Gambling were given 10 lashings and told to write 100 lines on the matter of, “The ads should not appear again in their current form and that all claims must be backed up with robust evidence.”

Derek Webb, founder of the Campaign for Fairer Gambling, issued the following statement: “Mr. Davies was able to get media coverage attacking our Campaign by complaining to the ASA. Although his complaint should have been confidential he disclosed points in it to the media. Our House ad content has been vindicated by the ASA, whilst Mr. Davies has run true to form and been exposed as acting in the interests of the bookmakers yet again.

“Every time Mr. Davies speaks about gambling in Parliament or in Committees, he speaks on behalf of the betting sector. He calls for lower taxes, less regulation and for more addictive FOBTs to be allowed, whilst he has enjoyed the generous hospitality of the bookmakers.

“FOBTs, the most addictive form of gambling, were first allowed based on deceptions by the betting sector. It’s time for Government to disregard the claims of the bookmakers and their allies and pay attention to our substantiated and not misleading Campaign claims. Government has the power to reduce the maximum stake on these addictive betting shop roulette machines to £2. It’s time to stop the FOBTs now.”