Home / Sports / The Budding Relationship Between Football Sponsorship and Gambling 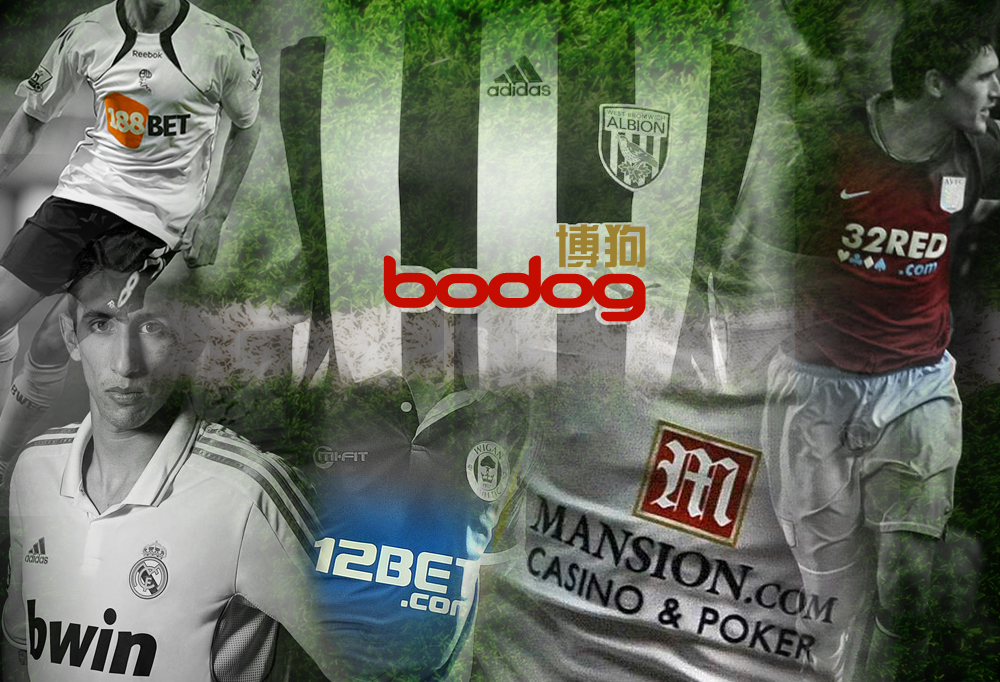 Football and sports betting go together like macaroni and cheese. Not only is football the most popular sport in the world, but the larger demographic likes to have a flutter or ten. It’s a great partnership, with the sports book being the lifeblood of most bookmakers, both online and in the good old-fashioned brick and mortar establishments.

So if you are a gambling entity and you want to attract more customers, then the world of football is where you should be forecasting to spend the larger slice of your marketing pie; and this is exactly what is happening as gambling companies try to reach into the pockets of the vast fan bases of some of the world’s most popular clubs.

The most popular football league in the world – in terms of a global audience – is the English Premier League, and prior to 2009/10, surveys showed that it was the Asian market that was largely responsible for this popularity, with 40% of the audience coming from that very continent.

With such a perfect market, and a struggling economy, Asian gambling companies with appropriate licensing invaded the Premier League clubs en masse, and the clubs lapped up every penny. Back in 2009, 188BET – who obtained its license from the Isle of Man – became the first gambling company to have shirt sponsorship deals with two clubs in one season, after they paid £650,000 per annum for a deal with Wigan Athletic and £750,000 per annum for a deal with Bolton Wanderers.

Six figure Premiership football shirt sponsorship deals was akin to finding a piece of gold the size of a football in your prospecting pan, especially when you consider that Nike have just signed a 10-year extension on their deal with Inter Milan that is worth €20m per year, and they don’t even have their names printed on the shirts.

So what makes the Premier League so popular?

The Premier League contains more foreign players than any other league in the world. In a survey conducted by comparetheleagues.com for the 2011/12 season The Premier League’s teams contained 62.2% of foreigners with the Portuguese league a distant second with 55%. Of that 62.2% there were 71 different nations meaning that not only do we now know why the English national football team never wins anything, but also why it brings in so many viewers from around the world.

The smart Premier League teams also cottoned on to opportunities in the Asian market as they started to buy more and more Asian born players. Suddenly, ability came secondary to profitability and as more Asian players were signed, more Asian fans tuned in to watch their heroes warming their bums on the bench.

The broadcasting reach of the Premier League is also huge with SPORT+MARKT reporting 80 different broadcasters showing Premier League football in 2012. This creates a TV audience of 4.7bn with 185,000 hours of TV coverage being delivered to your settees – an increase of 65% from 2011.

When China eventually succumbed to demand and decided to switch it’s broadcasting of the Premier League from Pay TV to Free-To-Air TV the numbers skyrocketed. Suddenly, there were 300m Chinese viewers, more than any other country in the world by a mile. Over 70% of the world’s football fans watch the English Premier League.

Premier League clubs can expect to earn upward of £3m per year for international betting partnerships and they don’t just stop at one. Arsenal are a great example of the current Premiership business model that sees them partnering up with both Asian facing and UK facing gambling entities. The recent three-year deal with Bodog will give the Asian gambling company the ability to connect with millions of Asian supporter,s as well as get their brand recognized on a global scale. Similarly, Arsenal’s deal with PaddyPower will see the Irish funsters access the database of fans in the UK, Ireland and Italy.

All of this gambling money helps to make the Premier League the richest football league in the world, aided by $4.8bn in television revenue, but the gambling companies see their expenditure as a wise investment, with £10m of media value for a main shirt sponsor providing the purchaser with 450,000 seconds of brand exposure; or 15,000 30-seconds television ads.

The gambling companies are being ever more innovative when it comes to finding a way of sneaking their brand name into the eyes of the football fans. Bet Victor have signed a deal with West Ham that will see the brand up in lights each time the injury time board is show at the end of the game. The Hammers have affiliations with no fewer than four different gambling companies.

And there is Ladbrokes who took full advantage of Notts County’s televised Capital One Cup tie away at Liverpool, by agreeing a one match shirt sponsorship deal with the Magpies that saw the shirt sponsor Pinnacle stepping aside for just the one televised game.

PaddyPower have probably been the most innovative of all the UK based gambling entities with their great use of social media, viral videos and hilarious billboards situated outside football stadia in the UK, designed to create controversy and laughter in equal measure. However, there greatest trick of all must be when they took over the sponsorship of Farnborough FC, renamed the stadium PaddyPower Park and convinced the entire team to change their names by deed poll. Now when away fans visit PaddyPower Park they are facing Zidane, Maradona, Pele and Lionel Messi.

It’s not just the Premier League games that are shown in the vast market of Asia. Bundesliga, La Liga, Serie A are just a few of the major European leagues that get television exposure, including the Europa League and Champions League games. This means gambling companies are also snapping up the top European clubs that frequent the Champions League.

Bwin have been the major player after agreeing deals with Marseille, Juventus, Real Madrid, Anderlecht, Bayern Munich and Manchester United to give them a veritable blanket over the entire European market. PartyPoker – of bwin – recently held a Road to Old Trafford joint poker and football event that saw a £250 main event won by the UK golden boy of poker, Sam Trickett, as well as free tickets given to watch the Rio Ferdinand testimonial and the first team training at Carrington Road. It’s believed that similar events are going to be rolled out in Madrid also.

Yet despite the influx of gambling companies the sector still lags behind the other behemoths of industry with financial services the biggest investor with $360m invested on an annual basis, followed by the automotive industry, sportswear, telecoms and alcohol. The single biggest investor in football sponsorship is Adidas who spend just shy of $200m per year.

I guess just how far this actually goes depends on how far gambling companies can influence football clubs without causing too much fuss. In 2009, both SBOBET and 188BET were hauled over the coals after offering live betting on Academy games in the Premier League, and there are still plenty of countries where gambling shirt sponsors have to be removed for away matches. Add to that the recent furor at Newcastle when Pappis Cisse refused to wear a shirt that was affiliated with a payday loans company because it was against his religion (he also said gambling logos were the same), then despite this wonderful relationship perhaps we still have some way to go before it is a match made in heaven?