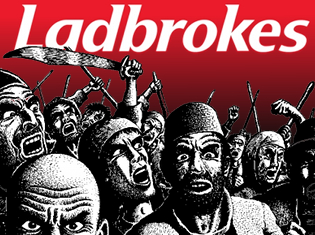 A letter from UK planning minister Nick Boles to bookmakers Ladbrokes says the planning change legislation passed this summer will help beat back efforts by local councils to stop the spread of betting shops on the UK’s high streets. The letter, obtained under freedom of information laws by shadow local government minister Hilary Benn, was a response to a query by Ladbrokes regarding the “alarming actions by unelected officials” toward the opening of new betting shops.

Earlier this year, London’s Newham Council voted to block the opening of a new Paddy Power shop in its jurisdiction, but the Irish betting company challenged the decision and eventually won a victory in Thames Magistrates Court in June. In Boies’ response to Ladbrokes, the minister acknowledged the actions of local councils “can be a significant problem” but Boies said the new powers available to the government under the zoning laws would allow them to “tackle” the problem.

Boies’ response led Benn to claim that the government was “undermining the powers used by councils” while Manchester councilor Kevin Peel said the letter “made a total mockery of the government’s localism agenda.” A spokesman for the Department for Communities and Local Government rejected the allegations, noting that the legislation was introduced to parliament three months before Ladbrokes wrote its letter, thus “to suggest the government was somehow influenced by the betting industry is simply untrue.”

The main objection of local councils like Newham involves the betting shops’ controversial fixed-odds betting terminals (FOBTs), which are limited by law to four per shop but can account for nearly half of some shop profits. Last month, Prime Minister David Cameron promised to take a “proper look” at the FOBT issue, saying the difficulty lay in finding the sweet spot between “a fair approach and a decent approach that prevents problem gambling” while ensuring that bookmakers “are not over-regulated.” Helen Grant, the new head of the Department for Culture, Media and Sport (DCMS), said there was “certainly no green light” for FOBTs and the government “will be reviewing their existence and function very carefully.”

LIVERPOOL VOTES FOR FOBT BAN
The government won’t have much time to contemplate its path forward. On Thursday, Liverpool city council unanimously voted to ban FOBTs from betting shops within its jurisdiction. The council will now ask the government to either allow the ban to proceed or to authorize the council to limit the maximum stakes punters are able to wager on the machines and cap the number of betting shops bookmakers can open in certain areas of the city.

The Association of British Bookmakers (ABB) has criticized FOBT opponents for ginning up the debate by citing “misleading and unverified” statistics that paint worst-case scenarios of players being driven into bankruptcy as representative of all FOBT activity. ABB spokesman Peter Craske cited the group’s own stats that showed “most customers bets around £7.55 and play for about 20 minutes” while reminding Liverpool councilors that betting shops employed 700 local residents. As for complaints that bookies are taking over UK high streets, Craske said bookies were “like any other retailer” in that they “open in areas where there are customers and where there is demand.”

HILLS RULING A VICTORY OF EVIDENCE OVER SPECULATION
Craske’s criticism is echoed by statements issued this summer by the UK Gambling Commission that described the FOBT worst-case scenario as “astronomically improbable and cannot be credibly cited,” yet these stats continue to drive much of the FOBT debate. Fortunately, while the wheels of justice may turn slowly, they do eventually get up to speed, evidenced not only by Paddy Power’s court victory but by bookmaker William Hill’s successful challenge of a decision by a council in Inverness denying Hills a license to open a shop on Pumpgate Street.

Last week, the Highland Licensing Board issued a statement acknowledging that its decision represented a “breach of natural justice” in that it had not allowed Hills the opportunity to challenge claims that the new shop would harm the community. The board also stated that “there was no evidence before the board to suggest that there was a likelihood or probability of the harm from gambling they thought it possible might occur.” The council’s “reason for refusal had therefore been based on speculation, and would be held, therefore to be unreasonable.” A decision made on the basis of evidence… Will wonders never cease?