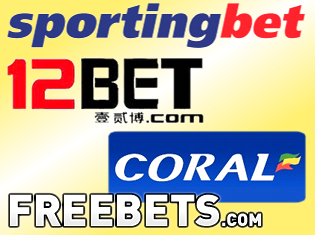 There’s no fresh word on whether a betting firm will swoop in to assume title sponsorship of the UK Premier League from incumbent Barclays, but there’s been no shortage of betting firms inking other sports tie-ups in the meantime.

UK bookmakers Coral have inked a two-and-a-half year deal with Premiership side Chelsea FC, making the bookies the club’s official European online betting partner through the end of the 2015-16 season. Chelsea CEO Ron Gourlay said team management had “spent considerable time planning and deciding” who to partner with, eventually picking Coral because they are “like ourselves, an established name that continues to grow both domestically and internationally.”

Coral has also signed on as title sponsor of the 2014 UK Open darts tournament. The finals of the Professional Darts Corporation (PDC) event runs from March 7-9 at Butlins Minehead Resort and will be broadcast live over ITV-4. Coral PR director Simon Clare said the company was “delighted to strengthen our relationship with the PDC through another major darts sponsorship.” Coral currently acts as the official betting partner of the McCoy’s Premier League Darts series, the next stop of which takes place at Echo Arena in Liverpool on Feb. 6.

Not to be outdone, Isle of Man-licensed 12Bet inked a one-off jersey sponsorship with Coventry City FC for last Friday’s match against Arsenal at Emirates Stadium. Coventry’s traditional shirt sponsor, Grace Research Fund, agreed to step aside for the one-off deal. Coventry City corporate sales manager Tynan Scope praised Grace for allowing the team to take advantage of this commercial opportunity. In August, 12Bet inked a one-year betting partner and stadium sponsorship with Crystal Palace FC, the first such stadium sponsorship deal ever cut by an online betting firm.

Down under, William Hill has exchanged one Australian subsidiary for another as stadium sponsor of Australian Rugby League side Penrith Panthers. The naming rights were previously held by Centrebet but will now be assumed by Sportingbet, as the latter was considered “the stronger rugby league brand” according to Sportingbet CEO Michael Sullivan. Hills acquired the brands early in 2013 as part of its blockbuster £425m acquisition of Sportingbet’s Aussie- and Spanish-facing businesses.

Finally, online sportsbetting affiliate Freebets.com has dipped its toe deeper into the sponsorship waters by lending its name to the 1:50 Grade Three Trophy Chase at Cheltenham Racecourse this Saturday. Freebets inked a three-year sponsorship with Cheltenham in September in a bid to make its services more widely known.