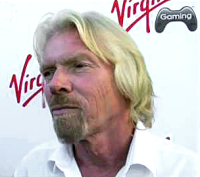 Richard Branson, a paragon of eccentricity of there ever was one, is back to making waves like only Richard Branson knows how to.

The British billionaire founder of the Virgin Group is ready to take New Jersey by storm with the announcement that his company has teamed up with Gamesys to a new (and legal) online gambling site in the Garden State.

Yep, Virgin is coming to Jersey, a phrase that was probably never used in the entire run of Jersey Shore.

With New Jersey opening the state up to legalized online gambling late last year, a number of companies have looked into the possibility of entering the market. Growth has been slow in the months since it opened, but expectations are high that business will pick up in 2014, something the Virgin Group wants to be a part of, hence the tie-up with Gamesys and expected launch of Virgin Casino.

The company also has a name that people will easily identify with and having Branson in the fold to tout his new business should make for some pretty hilarious campaigns to get residents of the state to play in Virgin Casino. If he is who we know he is, nothing short of scantily-clad busty beauties inviting you to play at Virgin Casino will do.

As far as its partner is concerned, Gamesys believes in the value of having a recognizable brand like Virgin in the mix. The company’s COO even thinks that big things are ahead for partnership, in part because of what they plan to offer once their site goes live. “There’s a lot of games on there that are tried and trusted from the casino floor, but there’s also a load of unique content—slot content or jackpot content that you can’t find in any brick-and-mortar casino,” Fenton told tech website Betabeat.

Fenton also assures its members that the Virgin/Gamesys partnership will set up the most advanced security system to ensure that nothing falls through the proverbial cracks, aka data leaks. “All of our technology is state of the art,” Fenton pointed out. “We look at multiple different databases to verify the player is who they say they are, and make sure that they are of a legal age, and make sure the player is physically in New Jersey when they wager.”

Knowing Virgin, players can also expect some unique features that will attract players to its site, including the much-ballyhooed communal jackpot that allows users logged into the site to share in a $10,000 jackpot anytime somebody wins a jackpot of the same amount. That’s the kind of promo that players will be looking at, and Virgin and Gamesys are promising that there’s more from where that came from.