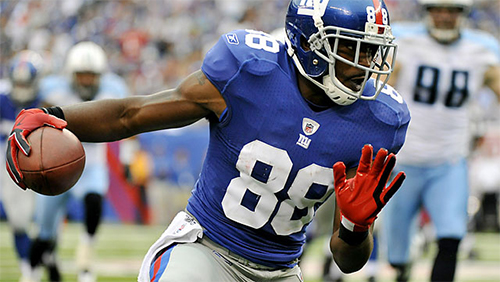 888.com fail to pull off a PaddyPower in their lightweight attempt to get the New York Giants star Hakeem Nicks to change his name to 888.com by offering him $88,800 for a charity of his choice.

888.com are trying to pull a PaddyPower by adding ‘cheeky’ and ‘inventive’ to the marketing assault in the online gaming world of New Jersey. 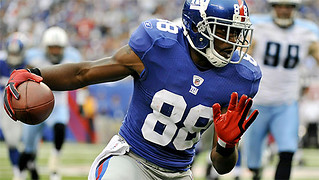 The Gibraltar based business is the only high profile gaming company that currently has the ability to offer online gaming in the states of Delaware, Nevada and New Jersey; but it’s the Garden State that has been chosen for their newest stunt.

The Online gaming company has written to the New York Giants player, Hakeem Nicks, to ask him to change his name to 888.com in the name of charity.

888.com – who have partnered with Caesars Entertainment for their initial New Jersey foray – have asked the NFL star to change his name for one year, and have vowed to give $88,800 to a charity of his choice.

“We’re excited that 888.com is up and running in New Jersey,” Brian Mattingley, CEO of 888 Holdings said. “As we consider 888 to be the premier gaming site in the Garden State, we thought it was appropriate to align ourselves with other area notables. We couldn’t think of a more fitting local athlete than Big Blue’s very own number 88, Hakeem Nicks. We are also aware that Hakeem’s contract is up, so we hope that he sees this as a gesture to stay and as an opportunity to benefit a local charity that he supports.”

So far Nicks – who wears the number 88 – has refused to comment on the proposal to become a moving 888.com billboard; but perhaps the online outfit have gotten all the attention it thought it would, as lazy-arsed writers like myself have already picked up with the story and thrown it into the end zone (I think that’s what Americans says?)

The stunt carries a ‘must do better next time’ mark, with a footnote to pay more attention to the way the Irish fun bags go about their business.

Back in the Summer, PaddyPower, signed a deal to sponsor Farnborough FC that included a stadium name change to PaddyPower Park, and the agreement from all of its players to change their names by deed poll for an entire year.

Unlike Mattingley and his boys, the boys in green were successful in their coup and the Farnborough boy were soon known as Alan Hansen, Paul Gascoigne, Johan Cruyff, Cafu, Diego Maradona, Gordon Banks, Roberto Carlos, David Beckham, Franz Beckenbauer, Lionel Messi and Gary Lineker (who American commentators like to refer to as Barry Spinnacker).