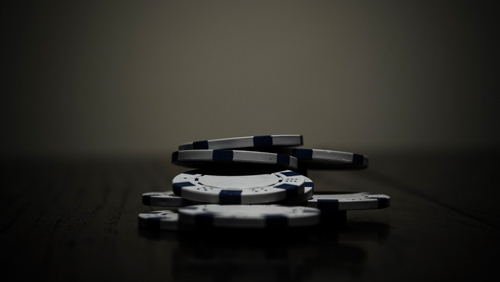 Time is like poker – when one year ends, there’s another waiting to be dealt. Here are some of the things I’m looking forward to following in the poker world throughout 2014.

Evolution of the U.S. Market

With three states already online, others are becoming curious about how they can get in on the action. Talk of legalization has created a buzz in the legislatures of California, Pennsylvania, and Illinois, to name just three populous states. If any of them were to legalize online poker it would increase the player pool by orders of magnitude and create a lot more pressure for the federal government to pass some kind of legislation. Even if no more states legalize online poker in 2014 and the federal government continues to drag its feet on legislation, a lot will change before next December 31st. The question is where those changes will occur.

Aside from UIGEA, Congress has taken up online poker only reluctantly over the years. But as individual states continue to move forward with plans to legalize and regulate the game within their own borders, that reluctance is becoming a problem. The states and the gambling industry are moving forward regardless of the situation in Washington, which not only makes Congress look weak but also presents a future problem if any of those states adopt rules that later clash with any federal legislation. All of these considerations would point toward the likelihood of movement on the issue if only 2014 weren’t an election year. But it is precisely that, making the chances of progress very slim. At the very least, though, the issue should be cause for a few more hearings like the two held in 2013, giving us a chance to see how the debate is evolving in the capital.

If the licensed rooms want to take full advantage of their markets they’re going to need to see improvements in a number of problematic areas. Critical geolocation software has blocked players from outside Nevada and New Jersey, but it has also kept some players who meet the geographical requirements from legally accessing games. The banking system has also proven to be a bigger pain than it ever was before Black Friday, as some banks have refused to process any online gambling transactions regardless of state law – in effect treating the licensed American rooms the same way they would an international provider. American players will stay away if these problems persist. Even if the licensed U.S. companies can straighten out these issues, they’ll still be facing markets that are mostly unaware that online poker is available. How will they choose to market themselves to raise awareness? And how much will they be willing to spend on those efforts, given that liquidity is a problem?

The sites that are already up and running will also need to evolve their products throughout the year. Players have been less than impressed with the current offerings, which lack game variety, traffic, and software features that became commonplace among industry leaders years ago. Fixing each of those issues will require effort in different areas. It will be interesting to see which companies are content simply making incremental improvements and raking from whoever is willing to play on inferior software and which, if any, try to improve the overall player experience.

Even though awarding more than 70 bracelets per year has watered down its reputation in some people’s eyes, the World Series of Poker remains the gold standard for tournament poker. As such it’s interesting to watch every year, partly to see who wins the tournaments and partly because the team running it is constantly trying to innovate. Some of those innovations don’t work and disappear, while others get better reaction from the players. In 2014 I’ll be watching to see how a number of returning innovations from past WSOP installments fare.

The largest tournament ever to award a WSOP bracelet, the $1,000,000 Big One For One Drop, is back for 2014, as is its low-roller companion, the $1,000 Little One. The field for the Big One is capped at 52 players, so it can’t surpass the original Big One’s 48 players by much, but the question on my mind is whether the field could actually be smaller. After all, how many people out there can afford a $1,000,000 buy-in every other year, even if they are backed for a large percentage of it?

The $1,500 Millionaire Maker and its guaranteed $1 million top prize is also back for second go after drawing 6,343 entrants in 2013. I’m expecting this event to grow – the only question is by how much. Last year’s winner, Benny Chen, walked with $1.19 million, more than 19 percent higher than the guaranteed prize. If the 2014 winner earns that much or more, the tournament could become a permanent fixture on the WSOP schedule.

The biggest story among the returning WSOP innovations is WSOP Asia-Pacific, the second series (after Europe) to award gold bracelets outside the United States. In its first year, APAC’s five bracelet events were well-attended. It gave Phil Ivey his ninth career bracelet win, moving him into a tie with Johnny Moss for fifth-most all-time. And it even had an impact on the Player of the Year race, as Daniel Negreanu’s win in the APAC Main Event gave him an early lead prior to winning that title for the second time. I’ll be watching to see if more North American pros are able to dominate APAC’s smaller, softer fields and pad their WSOP stats – and on the flip side of that, whether or not regional players will be able to assert themselves against the international sharks.