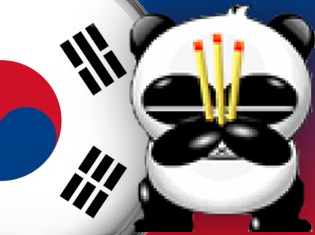 A trio of South Korean celebrities got a belated Christmas present on Friday after a court decided to suspend their sentences for illegal sports betting on international online gambling sites. Television personalities Tak Jae-hoon and Lee Soo-geun and former K-pop boy band icon Tony An were part of a sweep earlier this year that ensnared other singers, TV hosts and comedians who quickly confessed to wagering on English Premier League matches via their mobile phones. But while the others got off with fines, Friday’s trio had wagered vastly larger sums and prosecutors were seeking prison sentences ranging from six to 10 months.

On Friday, Seoul Central District Court Judge Shin Myung-hee said the defendants “should be highly blamed for their crimes,” given the impact of their actions on society via their celebrity status. Each of the terrible trio was given a six month prison sentence, but the sentences have been suspended for one year based on the defendants having “showed sincere remorse for their crimes.” Provided the three celebs keep their noses clean during this 12-month probationary period, they won’t see the inside of a jail. All three defendants stated they wouldn’t be appealing their sentences.

PANDA VIRUS AUTHOR BACK IN COURT
Meanwhile, the Chinese creator of the infamous Panda Burns Incense aka Fujacks virus had his first day in court for running an illegal online gambling site. Li Jun was one of 26 defendants who appeared in a Lishui City court in Zhejiang province last Thursday to face charges of operating the Gold Ingot Chess and Card site, which earned profits of RMB 8m (US $1.3m) from a 2,200-strong customer base before it was shut down in May 2012.

Chinese media sources didn’t indicate the outcome of the Dec. 20 hearing, but Li is reportedly looking at a prison sentence of between three and 10 years under Article 103 of the Penal Code for running an illegal gambling operation. But Li could see an additional five years tacked onto his sentence for recidivism, due to his having had a year shaved off the four-year sentence he received in 2007 for his Panda malware activities.