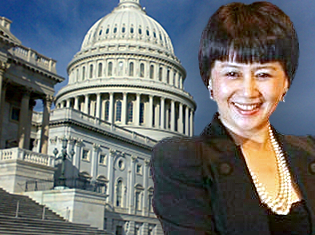 The Macau Post Daily quoted Leong saying she believed that “you, the media, should not just mention what you like or other people’s opinions … I think you should evaluate gaming promoters positively … and promote them positively.” Leong went on to say that Macau’s VIP gaming promoters “have contributed a lot to society, to our economy, senior citizens and residents’ lives.” Macau’s government recently estimated that taxes on junket promoter commissions would rise 1.9% in the coming fiscal year to MOP 683m (US $85.5m).

While business is booming in Macau, competition is fierce, so much so that VIP gaming investor Dore Holdings Ltd. has decided to switch its business focus from the gaming sector to financial services. The Hong Kong-listed Dore, which operates VIP tables at the Venetian Macao, bought 51% of a mainland pawnshop business in July, then acquired the remaining 49% in late October. Despite the fact that junket profits made up 81% of Dore’s revenue in the first six months of its fiscal year, the company has decided the financial services sector “will generate strong and stable revenue for the benefit of shareholders.”