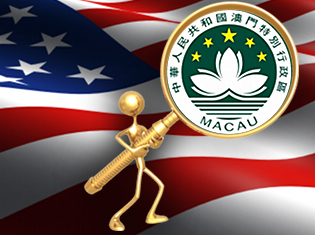 American casino operators doing business in Macau may face more scrutiny by US regulatory bodies based on the findings of the US-China Economic Security Review Commission (ESRC). The ESRC issued a report on Wednesday citing the “significant risk” of money laundering occurring at Macau casinos, which several individuals on the 12-member panel said would justify further oversight of the US casino firms doing business in the world’s top gaming hub.

The ESRC couldn’t actually point to any specific wrongdoing going on in Macau, but as always, commissioners painted the specter of Al Qaeda members cackling malevolently while cashing chips at Sands Cotai Central or Wynn Macau. (“Death to America! Stay on 16!”) The ESRC suggested federal authorities might want to lean on Macau officials to beef up their regulatory oversight and US financial watchdogs should lower the threshold over which casinos are supposed to report suspicious transactions.

Commissioner Robin Cleveland broke with her ESRC colleagues by expressing her dissatisfaction with the fact that none of the US casino firms operating in Macau had been invited to testify. American Gaming Association CEO Geoff Freeman also noted the lack of “meaningful input” by US casino firms. Wynn Resorts and MGM Resorts gave private presentations on their financial safeguards, but only as the commission’s report was being finalized.

Also suggesting the ESRC’s report was overblown was commissioner Larry Wortzel, who argued that while shenanigans in Macau might negatively impact the US casino firms operating there, he doubted very much that this posed “a threat to the national security” of the US economy. It’s worth noting that while Las Vegas Sands admitted in March to “likely violations” of the Foreign Corrupt Practices Act (FCPA) over its dealings on the Chinese mainland, its biggest scandal this year occurred at its properties in Las Vegas, for which Sands paid $47.4m to get the DOJ to call off the dogs.

Political angst over Macau is nothing new, having been amply expressed in US State Department cables made public by Wikileaks in 2011, although these allegations were eventually walked back when the US Consul General admitted his findings were “just speculation or a guess.” In June, Nevada Gaming Control Board chief A.G. Burnett told the ESRC that his body had never punished one of its licensees over its activities in Macau, but the ESRC nonetheless suggested that the Treasury Department take a closer look at Macau’s casino operators.

Only days before the ESRC released its report, California Gambling Control Commission member Richard Schuetz told attendees at the Macao Gaming Summit that he wished the English-language media would give the ‘Macau corruption’ narrative a break and focus instead on the positive impact the casino industry has had on local residents. Schuetz said Macau’s rise was offering locals the opportunity “to earn money and to have futures” and “has also seen educational institutions in this community grow to some of the finest in this part of the world.” Schuetz wished “the English-language press would start telling that story a little bit better.” But even if that story were to be told, how likely is that US politicians would listen?