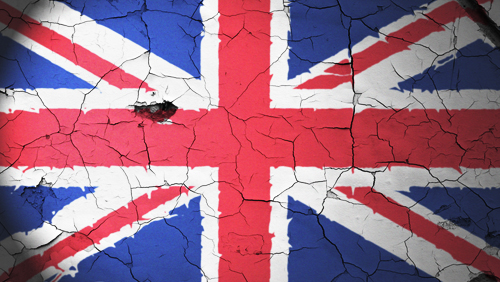 The second reading of the Gambling (Licensing and Advertising) Bill (the Bill) took place in the House of Commons on 12 November. The Bill aims to overhaul online gambling licensing and taxation policy in the UK in order to rectify shortcomings which have been apparent since the introduction of the Gambling Act 2005.

Current legislation allows operators to advertise remote gambling services to UK residents without being licensed (or taxed) by the UK authorities. The UK government intends to bring operators providing online gambling services to UK customers back into the remit of Her Majesty’s Revenue & Customs (HMRC) and the UK Gambling Commission (the Commission) by introducing point of consumption (POC) regulation.  As a result, remote gambling operators with facilities capable of being used in the UK would be required to apply for a UK licence and contribute to UK gambling tax. The proposed new legislation is likely to impose a 15% tax on remote gambling profits received from UK customers and force operators wanting to make money from this market to apply for a licence with the Commission. The UK government intends to implement the new system on 1 December 2014 and failure to comply will incur fines, licence withdrawal and a prison sentence of up to seven years.

The UK government’s prime justification for moving to the new system was significant weaknesses in transparency, consistency and the provision of information and it was repeatedly stated that bringing all operators serving UK consumers within the tax net was a consequence, but not the prime motivation, for the legislation. Regardless of whether or not the “public policy” justification is true, introduction of the new POC system will undoubtedly have wider consequences: for operators, customers and existing regulators alike. This article examines the repercussions and considers what consequences the POC system will have for the gambling industry as a whole.

When the UK government initially proposed the Bill, many operators were initially opposed to its implementation, as was clearly shown by their responses to the Government consultation on policy design. However, the large operators at least seem to have changed their tune. Online gambling in the UK is a huge industry and, despite the economic crisis, growth has been unprecedented in the last five years. This has led many newcomers trying to enter the online market but these new and smaller operators may now have a tough time ahead of them.

Reports have suggested that the proposed POC tax may result in increased revenues and market share for the major online gambling and betting operators as the fiscal burden and additional cost of obtaining licences pushes out smaller and less well-established operators. The vast cost of obtaining a UK licence on top of the additional tax is likely to be too much for smaller (and more competitive) operators, who can ill afford such a big knock into their margins.

The potential variance for different sized operators is well demonstrated by examining the current cost of applying for and maintaining a UK remote casino operating licence (which, it must be noted, is only one of many types of online gambling services that can be offered).

The application fee and annual fee for a licence varies according to the annual gross gambling yield (GGY) (total value of stakes minus player winnings) generated by a remote casino. An operator that expects to make £0.5 – £5 million GGY in respect of such games can expect to pay a £7,169 application fee and then a £9,563 annual licence fee according to current figures published on the Commission’s website. This will result in a combined basic cost of £16,732 for small operators applying to be regulated in 2014. Compare this to the basic combined cost of the next tier licence (i.e. for those operators making up to £25 million in GGY: five times the upper limit of the previous tier) where the figures add up to a total basic cost of £24,803 (only 1.5 times more than the cost to smaller operators). From this it becomes apparent that UK licensing costs are much better value for large and more established operators.

As a tax haven where companies have been able to base their gambling operations and still benefit from being able to advertise to the UK, Gibraltar has long been one of the online gambling industry’s preferred licensing jurisdictions. Major players such as Ladbrokes and William Hill have been there for years. Now Gibraltar officials are describing the introduction of the POC tax as an “attack” on their territory and its introduction will only serve to heighten longstanding tensions between Britain and Spain.

Gibraltar originally considered making a legal challenge against the Bill as approximately 4,000 individuals are employed in the gambling industry and gambling revenue contributes around one fifth of GDP. However, the Chief Minister has now announced that the territory will not be taking any legal action. Nevertheless, given existing political tensions between UK and Spain in light of disputes over fishing rights, the introduction of POC will undoubtedly increase tensions and Gibraltar is currently gathering resources to prepare to make a possible legal challenge to the introduction of the POC regime.

Some commentators believe that the proposed regulations may lead to changes in consumer behaviour. A report by Deloitte, commissioned by William Hill, considers what adverse effects introduction of the bill could have on customers and found that a POC tax of as little as 5% could lead to as many as 13% of UK online gambling customers moving into the grey (non-regulated) market and the more likely POC tax  of 15% could cause up to 40% of consumers to move to the grey market. The growth of the grey market will not only be counter-productive to the government’s drive to produce tax revenues but will also lead to less protection for those consumers: exactly the opposite of what was intended in the first place.

A worse deal for the customer?

A further and final negative consequence for consumers lies in the possibility of reduced competition in the industry. If the UK market ends up being dominated by a small number of large operators, then this will lead to less competition and motivation for those operators to offer special offers to players. At the current time, smaller operators tend to offer the best deals as, unlike the large operators, they do not have the higher costs associated with, for example, large-scale traditional marketing campaigns. Coupled with the fact that they will be less able to offer good deals without eating into their already lower margins, it seems as if the chances are, it might be the UK punter who is the big loser in this match of the heavyweights.

Gemma is a corporate and commercial solicitor at Bates Wells & Braithwaite London LLP. She developed an interest in the regulation of gaming, betting and gambling while completing her legal training in London and has since followed developments with interest and regularly attends industry events. During her day at BWB, Gemma works on a broad range of corporate and commercial transactions for both public and private companies including mergers & acquisitions, equity capital markets work, corporate finance, venture capital and private equity, company start-ups and group reorganisations. She is also involved in advising on banking & insolvency, partnerships, commercial contracts and terms and conditions of trade for all manner of commercial entities. If you wish to submit your own editorial please contact Bill Beatty.