Sports’ gambling is certainly popular among poker pros, but why? Looking back on my interviews over the years I take a deeper look at the attraction of one of the most popular forms of gambling in the world. 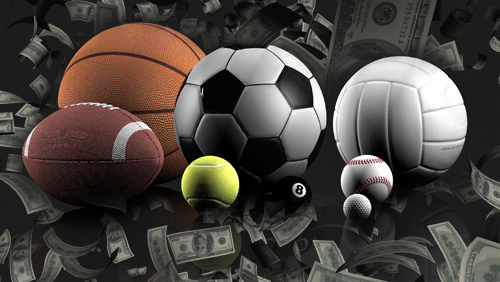 A few years ago my good friend Jesse May gave me the idea of starting a series of interviews called the Sports Betting Diaries. As an idea it was brilliant on so many levels, but on a practical level it was extremely difficult to find volunteers to interview. There are many reasons behind this, but two stand out.

There are quite a few people who win a decent wedge betting on sports, and as you would imagine they are a tad coy when it comes to attracting attention and disseminating information. For these guys the shadows feel safer than the limelight. Then you have a lot of people who know that they have a problem – in an addictive sense – and aren’t ready to bare their soul to the world.

There are two types of poker players. On one hand you have the gamblers who can find a reason to bet on absolutely anything. These are the players who invariably drift in and out of sports betting.

Next you have the people who don’t believe they gamble at all. Instead, they view their poker playing lifestyle as a job that earns them money through the right blend of skill, luck and smart bankroll management. These players are only going to bet on sports if they can see results based over a set period of time. They are searching for the sure thing.

Most of my interviews were with British poker players. Whilst it’s true that I personally know more British poker players than foreign ones, we also seem to fit the gambling stereotype perfectly; that, and the fact that it is so easy to gamble in the UK when compared with the rest of the world.

So how do youngsters from the UK get into gambling in the first place?

My interviews uncover a series of themes that seem to intertwine amongst almost everyone I interviewed.

In almost every case there is a role model: a father, grandfather or uncle that takes them under their wing. This could be to deliberately show them the ropes at a young age, the rites of passage of a young British male, or purely because the old timers were forced to look after the brats and had no choice but to take them to the Bookies with them.

Neil Channing had an uncle that owned a Greyhound, and although he wasn’t a gambling man, his father used to receive hospitality at the local racecourse and took the young Channing with him; Roberto Romanello remembers his father emptying the bandits in his fish and chip shops; Matt Perrins used to accompany his father to the bookies; Stuart Rutter used to ask his mother to place his bets for him; Joe Beevers went to the races with his father and Richard Trigg’s father opened his first online betting account.

Major sporting events were also an entry into the world of sports betting with the World Cup and the Grand National the two events that came up during conversations the most; and the British Fruit Machine also had a role to play with virtually all of my interviewees mentioning them in their earliest memories of gambling.

William Hill was the most common bookmaker mentioned when people were harking back to the times when they were younger; but you could see that gambling – and the increase in stakes – really occurred with the creation of the betting exchange. The in-play markets in particular forcing people to risk more and more money (often money they never even owned) than ever before. Betfair can take the dubious bow for this one.

Football – or soccer to our American readers – is the most popular sport in the world and the umbilical chord lays buried under turf somewhere in Britain. So it shouldn’t be a surprise that the first sports that most interviewees gambled on was football. The World Cup often cited as the first port of call, although the Saturday coupon also had several mentions.

As previously stated The Grand National is also exceedingly popular. As a child growing up it’s the first, and only, time that gambling is seen to be a part of normal life. Who can’t remember their father asking them to pick a horse for the National? Mine was always Grease Paint although it never won me jack. So, as you can imagine horse racing was another form of gambling that attracted the people from the UK in a big way.

As the poker players have gotten older the NFL seems to play a major part in their gambling activities. As Tom Carpenter once told me, “I like to bet on pretty much everything I am watching.” Given the NFL’s timing with the Sunday grind it’s easy to see why it has become so popular. The Americans influence over poker and the cross-Atlantic friendships that have grown out of that are also a reason why a lot of UK players like to bet on the NFL.

I don’t think I ever interviewed anyone that was delusional. There were those who felt they could make money out of it, but in the main each and every one of them knew the different between a well thought out bet and a punt.

“It gives you a rush like nothing else”. Said Roberto Romanello.

“I do it for the money.” Said Constant Rijkenberg.

When questioned about the biggest wins and losses, most interviewees are quite coy. The best interviewees by far as those that pause, think and answer everything with a sense of realism and emotion.

The two most interesting people to interview about sports were Roberto Romanello and Neil Channing who answered every question thrown at them…and then some.

Romanello told me how he once spun up a £55,000 roll on Betfair betting on football circa 2006. During this time he kept pressing Italy to win the World Cup and eventually won £100,000 on that bet. His brother was getting married so he bought him a brand new X5, kept £16,000 for a new roll and then invested the rest.

The £16,000 vanished in no time but Romanello still had the £55,000 roll in his Betfair account. He tried to repeat the previous run and before he knew it he was down to £17,000. He eventually withdrew the lot in cash, handed it to his brother, said: “take this before I blow the lot,” and promptly banned himself from the site.

In terms of advice, Emil Petit says it’s all about finding the best odds (which is one of the reasons he is so hamstrung in France), Channing says its all about finding a niche where it’s the case of your knowledge versus a few odds-compliers, Tom Carpenter believes if you have butterflies in your belly then the money matters and you should get out of the game, and Jason Mercier suggests finding friends to take your action to avoid paying the juice.

There were a ton of funny and interesting stories, but there were two that resonated with me on a personal level. The first was Tom Carpenter’s story of how he used to get eliminated from a poker tournament and then bet the equivalent buy-in on the tables at the casino in a bid to win it back, and I will leave you with this little gem from Matt Perrins, which I think encapsulates a lot of poker players relationship with sports betting just perfectly.

“My most obscure bet was so obscure it’s a joke. I must have lost my mind or something! Anyway, it was the 2010 World Cup. I had a few outright bets at the time, but had just been betting smallish on the games. I was grinding poker online and was winning roughly $10k playing 5/10 and 10/20. Then within 30-minutes I was down $10k, after the some of the worst run-bad I have ever seen. I got so angry I threw my laptop at the wall, went to the toilet, came back down and put £8k on Japan to win the first and second half, I think it was against Paraguay. At the time Japan were firing in free kicks for fun. They lost 2-0 and I took a long walk.”