Home / Poker / Chatting With Channing: The One-Drop High Roller, The Fake and Falseness of the Poker World and Reflecting on Erick Lindgren 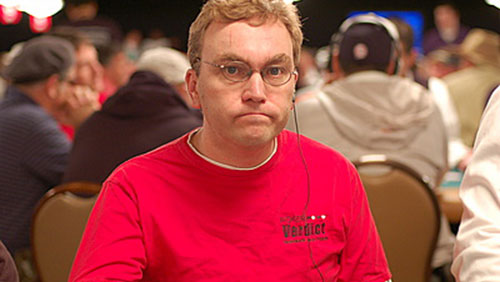 Look, I know this audio is around 30-minutes long, and you have the attention span of a gnat, but I urge you to listen to it because Neil Channing is a man worth listening to. I know he waffles on a lot, but that’s the charm of the man. He’s been around a long time, and so he has a lot to say; and although he says it without ever changing his deadpan tone, if you listen carefully enough you will feel the emotion.

The greatest thing about speaking to people like Channing is you get what you see. There are no frills. No airs and graces. No false and fake bullshit. He doesn’t have a prepared speech to hand to the media, he doesn’t dodge questions and he doesn’t shy away from the drama. He’s a gambler who has won a few bob, lost a few bob, won it again, lost it again and God knows where he’s at now.

“I can’t count more than 12-days in the last 28-years that I haven’t had a bet of some sort. Does that make me a gambling addict? I dunno – it’s what I do for my job. I’m a hard worker and I don’t take many days off.” Says Channing.

It costs you $6 per 30-minutes to play $1/2 PLO in the Rio and that’s exactly how long I had Channing on the mic for – cheap at half the price. So what was he talking about? We were sat a few tables away from the One Drop High Roller; one of the biggest events of the year. Back in prehistoric times we would be shocked to see one of the biggest tournaments of the year going ahead without Channing taking a seat. How times change.

“I don’t really enjoy these sorts of things. I think there is a lot of bullshit associated with it. I did play a $40k event one year, but I didn’t feel comfortable in it and I didn’t play well.”

We also talk about the problems the younger kids are facing. The ones who burst onto the scene when online poker was giving away money for free, and are now faced with the prospect of babysitting and grabbing a paper round to make ends meet.

Finally, we cover the Erick Lindgren story, and it was great to get the perspective from someone who has been in the same sort of spot. Like I said, you don’t get this type of honesty from many people in the business and I respect Channing immensely for allowing us the privilige to peek inside his world.

“I got into some trouble through a business thing – and gambling – on the stock market of all things, because I knew nothing about it, and I was an idiot. This was about 12-years ago. The thing got worse and worse and lasted around three years. I lost over a million pounds and I basically borrowed money from a whole host of friends – probably just like Erick Lindgren had – without telling them the whole story and without giving them a clear picture of how I was going to pay them back. I just buried my head in the sand.”

Unlike my last 30-minute interview, there were no tears, just a lot of admiration for a man who makes this game tick. Tears fall…but they remain behind closed lids with Channing.

Let’s just hope that one day the universe rewards him by slapping a WSOP bracelet on his skinny wrist.