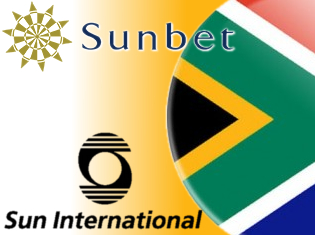 South African casino operator Sun International has launched Sunbet, its new online sports betting site. The launch is the result of Sun’s R30m (US $3m) purchase earlier this year of Powerbet Gaming, which formerly operated the site as Voltbet.com. Sun communications GM Michael Farr said the rebranded site would position the company well for that magical day when the South African government finally gets around to expanding online gambling options beyond sports betting.

Sun could use the boost, given the slump in its recent fiscal Q1. While overall revenue rose 3% to R2.5b ($248m) in the three months ending Sept. 30, earnings fell 9% to R621m ($61.6m). Revenue from Sun’s casino operations fell 1% to R2b, with the core South African operations showing “almost no growth” and the Monticello casino in Chile posting an 11% decline in revenue thanks to the imposition of new anti-smoking laws. Sun execs said the numbers weren’t as bad as they seemed because the previous year’s Q1 was an exceptionally strong period.

The recent PricewaterhouseCoopers (PWC) Betting on Africa report noted that South Africa’s sports betting market generated revenue of R2.6b in 2012, a 12% increase year-on-year. Horseracing remains the dominant form of sports wagering, accounting for R1.8b of 2012’s total. However, the R819m wagered on traditional sports events like football represented a 71.3% gain over 2011, while horseracing grew only 4.5% over the same period. Between 2009 and 2012, traditional sports betting has risen 566% compared to a mere 16% for horseracing.