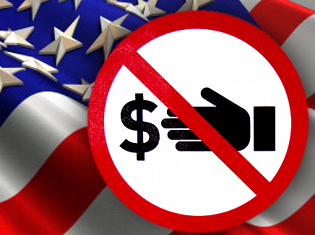 Macau casino developer Lawrence Ho has officially sealed the deal to finance his proposed casino development in Russia’s Primorye region outside Vladivostok. Ho informed the Hong Kong Stock Exchange this week that his Melco International Development and the Ho-controlled Summit Ascent Holdings had paid a combined $10m for 51% of Oriental Regent, the holding company that owns First Gambling Company of the Far East, which holds the project’s Russian gaming license.

To date, the only other confirmed casino firm to have thrown its hat into Primorye’s ring is Hong Kong-listed NagaCorp, which operates casinos in Cambodia. This may have to do with Russia’s reputation for rampant corruption, which earned the country a ranking of #133 on Transparency International’s 176-nation Corruption Perception Index (tied with Iran). For some perspective, Vietnam ranked 10 spots better than Russia, yet a recent workshop in Hanoi dedicated to “promoting integrity in doing business in Vietnam” revealed that 60% of all businesses in the country said paying “unofficial fees” to public officials was unavoidable.

Allegations of bribery have complicated Universal Entertainment’s development of a resort casino in the Philippines and the fact that Universal subsidiary Aruze Gaming does business in the United States was sufficient rationale for the US Department of Justice to launch its own investigation into whether the allegations fell afoul of the US Foreign Corrupt Practices Act (FCPA). In March, Las Vegas Sands informed the US Securities Exchange Commission that its dealings in China had probably violated the FCPA.

The US government’s hypersensitivity to how businesses comport themselves abroad prompted Penn National Gaming chairman Peter Carlino to complain that this “overzealousness” was hurting his company’s prospects. On Friday, Carlino told a Baron Investment Conference in New York that Penn was desperate to establish a presence in the lucrative Asian casino market and “had an interesting opportunity in a country that I won’t name,” but had been “hampered in a major way” by the FCPA.

CNBC quoted Carlino saying Penn had been studying the possibility of buying into a company already operating in the unspecified country, but balked when it found a line item on the company’s books detailing how much had been budgeted for bribing border guards. Adopting a ‘when in Rome’ stance, Carlino said that “if that’s the game, we’ll play it,” but realized this approach would never fly with US authorities. “Those are limitations that American companies face that others don’t.”