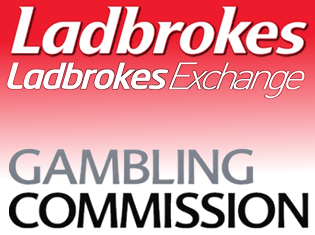 UK betting operator Ladbrokes will launch its long-awaited exchange betting offering this week. Originally scheduled for an early-2014 debut, Ladbrokes Exchange will now make its debut in a stripped-down form, which hopefully will ensure a glitch-free launch and a rare bit of positive press for the results-challenged bookie. To start, Lads’ exchange product will be a desktop-only product, but mobile and tablet options are expected to follow within weeks.

Lads’ new Digital MD Jim Mullen called the new exchange option “a first for a major fixed-odds operator,” something Mullen hopes will help differentiate Lads’ offering from the rest of the madding crowd. Ladbrokes acquired the Betdaq betting exchange earlier this year, and Ladbrokes Exchange will operate as a separate client of Betdaq’s network, while Betdaq will close its fixed-odds betting product. Betdaq MD Lewis Findlay welcomed the increased liquidity Lads will bring to the exchange betting party, while talking up the “push-price technology” that will allow Lads’ punters to view market fluctuations as they happen.

It will be interesting to see how Betfair reacts to the debut of Ladbrokes Exchange, which marks the first serious challenge to Betfair’s exchange wagering dominance. But Betfair has been encroaching on traditional bookies’ turf of late by adding a fixed-odds offering, so turnabout is fair play. Will the two firms engage in a commission price war? And what will be the effect the new Exchange will have on Lads’ own fixed-odds numbers as traditional punters kick the new Exchange’s tires?

UK GAMBLING COMMISSION SCOLDS LADS OVER AML SHORTCOMINGS
Also giving Ladbrokes a good kicking is the UK Gambling Commission, which recently singled out the bookies’ anti-money-laundering (AML) shortcomings. In a statement issued late last month, the Commission said an investigation revealed that Ladbrokes “had allowed a situation to develop in which the trading function appeared to be subject to a substantially lesser degree of formal control than other parts of the business … this lack of formal control had led to real and significant vulnerabilities.”

The Commission said Lads appeared to be focusing the majority of its AML efforts on its ‘highest value’ customers, a practice that “may mask risk arising” from smaller-scale punters. Lads’ systems were also deemed ineffective at monitoring player behavior across its full range of products and platforms. The Commission suggested Lads should put more effort into “transparency and recording of decision making” and maintaining a proper audit trail demonstrating that all AML risks are being considered.

In Lads’ defense, the Commission acknowledged that Lads’ board had cooperated fully with their investigation, conducted itself with “commendable candor and openness” and that an internal assessment had made Lads aware of many of the problems even before the Commission found their dirty underwear lying on the floor. The Commission also noted that such problems were likely not unique to Lads’ operations. Earlier this fall, the Commission spanked bookmakers Coral and Aspers casinos for their own AML shortcomings.