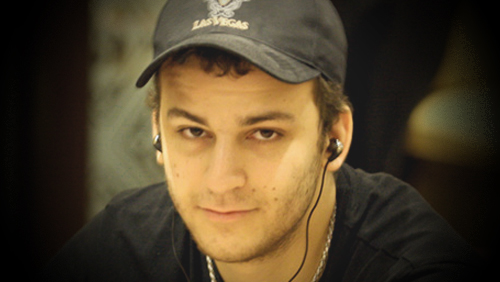 World Series of Poker Europe (WSOPE) has dealt the cards in its final tournament of the 7th Annual Series, and its Sorel Mizzi leading as the €25k High Roller comes to a close at the end of a buoyant Day One.

We are still waiting for confirmation of the final numbers, but the best guesstimate pitches the field size for the €24k High Roller at 75 players, with late registration still not breached.

There are in the region of 62 players left, which the odd straggler, may join, and Sorel Mizzi leads a field with more stars studded on it than a Britney Spears thong.

Let’s take a look at the main talking points.

The businessman Jean-Noel Thorel doesn’t mess about when he plays the high roller events. There are two things for sure when he’s in the field. He is going to be the chip leader, or he is going to be the first one out, and in Paris it was the latter as JC Tran ended his tournament early: AK v KJ when a king on the turn set off all sorts of fireworks.

Level 3: Mizzi Takes Out Two For the Chip Lead

Sorel Mizzi took a chip lead he never relinquished after eliminated two players in an all-in and call (x2) showdown. It was pocket aces for Mizzi, pocket kings for Martin Jacobson and KQcc for Vasily Kurdin; an ace on the flop handing Mizzi top set and top plaudits.

The Devilfish Dave Ulliot, was a tad unfortunate to be eliminated against Vitaly Lunkin after the pair squared off AK v AQ with the Russian spiking a queen on the turn; and then we saw a mighty clash between two November Niners.

Marc McLaughlin and David Benefield still have a whole lot of action to look forward to as the greatest day of their lives approaches fast, but they decided to get it on in a dress rehearsal of sorts. The pair clashed on [Ks] [Jh] [8s] with McLaughlin holding pocket eights for a set, and Benefield holding [Js] [Ts] for the world.

The pair got it in, the turn [Qs] gave Benefield his flush, but the [Qd] on the river filled McLaughlin up and Benefield was out.

Wai Kin Yong tried to kill Kenney…what a b&$$ard…but Kenney survived . It was aces for Kenney and Kings for Yong in that awful way to die.

Level Five: Negreanu Getting Back Into It

Daniel Negreanu took his €21,750 in main event prize money and injected it into the High Roller. He was flying as well until the Belgian Triple Crown winner, Davidi Kitai, got lucky. It was all-in pre flop with Kitai’s pocket sevens out-muscled by Negreanu’s pocket jacks, only for a third seven to rise from the deck on the river to peg Negreanu down and double Kitai up.

Level Six: Steve O’Dwyer Doesn’t Get The Best of It?

It’s not often that Steve O’Dwyer doesn’t fall into a vat of thumbs and comes out sucking a pair of titties, but he had to settle for a thumb in the eye in this one.

The money went into the middle on a flop of [8h] [4h] [3c] with O’Dwyer holding [Kd] [Ks] for the over pair, Steve Silverman holding [Qd] [Qh] for the slightly worse over pair and Joni Joukiamainen in the lead with bottom set.

The turn, [Kh], moved O’Dwyer into the lead with a better set, but then the [Ah] on the river handed Silverman a flush to triple up, hurt Joukiamainen and eliminate O’Dwyer.