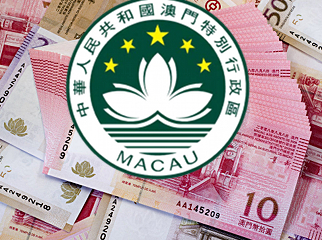 Macau’s Golden Week is largely viewed as the busiest time of the year for the gambling enclave and the numbers through the first five days have backed up those claims.

Tourists, mostly from mainland China, have come in droves to enjoy the Golden Week in Macau, amassing an overall increase of 4.7 percent year-on-year. Those numbers, which were released by the Macau Government Tourism Office, is further backed up by visitors from the mainland, which amounted to 10.7 percent increase compared to numbers from last year.

The increase in tourist arrivals still came despite a ban from the mainland on ‘zero-fare’ package trips, resulting in a “20 to 30” percent drop in tours that were setup under those packages. But according to MGTO president Andy Wu Keng Kuong, the effect of that drop was effectively neutralized by the droves of visitors that came under the Individual Visit Scheme, giving Macau the increased number of tourists that went to Macau at different points during the week.

In the first five days of Golden Week, a total of 678,371 tourists arrived in Macau with those from the mainland accounting for 82 percent (555,401) of that total. Businesses in Macau, specifically hotels and casinos, also saw a significant jump in activity with most bumping up their accommodations in lieu of the sheer number of tourists that went to the gambling destination. Supply and demand at its finest, if there ever was one.

Macau’s casinos have been enjoying business during the week with the ban on low-cost travel packages seemingly having little effect on the casino’s bottom line. The final figures have yet to be released on account of the incomplete figures from the last few days of the holiday week, but early estimates seem to point to a 14 to 17 percent increase in gross gambling revenue compared to numbers from a year ago.

Golden Week is also expected to be the driving force in generating record revenues for the month of October, as clear a sign as any that when holidays arrive, the city’s businesses, specifically, light up like there’s no tomorrow.